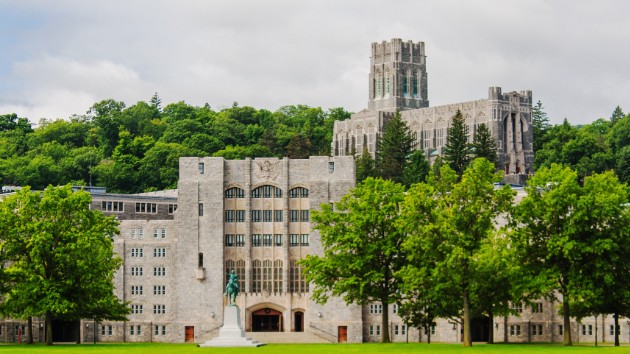 (WEST POINT, N.Y.) — A West Point cadet was killed and 22 others were injured when their vehicle overturned in a training accident at the U.S. Military Academy on Thursday morning, according to a West Point spokesman.”One cadet is reported deceased, 20 cadets were injured and two soldiers were injured,” said Lt. Col. Chris Ophardt, a spokesman for the U.S. Military Academy.Army and local first responders at the scene treated the injured near the Camp Natural Bridge training site which is on U.S. Military Academy property, officials said.”They were involved in an LMTV accident that occurred at approximately 6:45 a.m. in the training area off of Route 293,” he added. LMTV stands for Light Medium Tactical Vehicle — a truck used for personnel or equipment transport.”The injured have been transported to local hospitals,” said Ophardt. “Details of the incident are under investigation.””West Point officials would like to thank local and state emergency responders for their assistance on the scene,” said Ophardt.The accident occurred during annual summer training at the Academy, a source familiar with the incident told ABC News. During the summer months, West Point cadets train in field exercises common throughout the active duty Army.President Donald Trump tweeted about the “terrible accident” on Thursday, saying, “We mourn the loss of life and pray for the injured. God Bless them ALL!””My heart breaks for all those involved in the tragic training accident at West Point this morning,” Gov. Andrew Cuomo, D-N.Y., said in a statement. “These courageous cadets and soldiers represent the best of New York State and our country, and we owe them a debt of gratitude for their bravery in choosing to serve our country and protect our freedoms. This incident is made all the more heart wrenching as we commemorate the 75th anniversary of D-Day today, a day where we remember those who gave their lives for our country.”