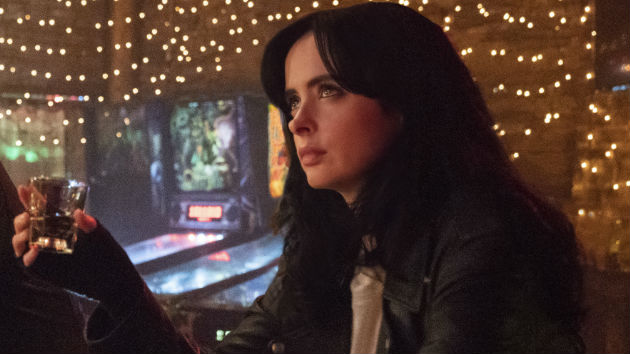 (LOS ANGELES) — Netflix has just released the trailer for the third and final season of its acclaimed drama Marvel’s Jessica Jones. Once again, Krysten Ritter is back as the super-powered private eye, but this time she is facing off against a murderous genius.

“He’s smarter than both of us combined,” Ritter as Jessica tells Rachael Taylor, who is back as Jessica’s best friend, Trish Walker. A defiant Trish replies, “I don’t know about that.”

We can also see in the coming attraction that Trish, as in the comics, has completed her transformation into her costumed vigilante alter-ego Hellcat.  Carrie-Anne Moss is also back for the third season as high-powered attorney Jeri Hogarth.

The series can be streamed on Netflix starting June 14.

“I was just trying to keep warm!” Bernie Sanders laughs on ‘Late Night’ about his meme-ready picture
Dave Chappelle tests positive for COVID-19
As nursing homes get vaccine, assisted living centers are left ‘falling through the cracks,’ experts say
‘Game of Thrones’ prequel, ‘Tales of Dunk and Egg’, in the works at HBO
For GOP firebrand Rep. Lauren Boebert, anger and suspicion linger after Capitol riot
Schumer announces Trump impeachment article to be sent to Senate Monday