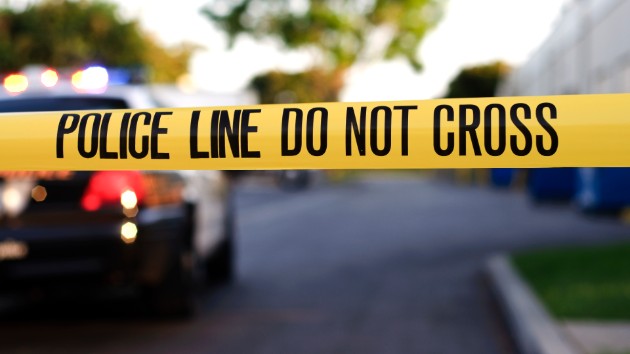 (POCAHONTAS, Ark.) — A former Arkansas state senator was reportedly found dead inside her home this week, and authorities are investigating her death as a homicide.The body of a woman was discovered Tuesday night at Linda Collins-Smith’s residence in the city of Pocahontas, some 145 miles northeast of the state capital, Little Rock. The Randolph County Sheriff’s Office said its deputies responded to the scene and then asked Arkansas State Police to assist in what is being treated as a homicide investigation.”The condition of the body prevented any immediate positive identification,” Randolph County Sheriff Kevin Bell said at a press conference Wednesday. “The body has been sent for an autopsy to determine the positive identification and cause of death.Authorities wouldn’t say if Collins-Smith is the victim, and a judge has issued a gag order sealing the documents and statements obtained by police.However, Collins-Smith’s former press secretary, Ken Yang, told Little Rock ABC affiliate KATV-TV that she was found shot to death inside her home and her body was wrapped in some sort of blanket. Neighbors apparently reported hearing gunshots a day or two before her body was discovered, Yang told KATV.Politicians on both sides of the aisle expressed shock and sadness at the news of the death of their Republican colleague.”I’m both stunned and saddened by the death of former State Senator Linda Collins-Smith,” Arkansas Gov. Asa Hutchinson said in a statement via Twitter on Wednesday afternoon. “She was a good person who served in the public arena with passion and conviction. The First Lady and I extend our deepest sympathies to her family and friends during this difficult time.””Today, we learned of the untimely death of former Senator Linda Collins Smith. She was a passionate voice for her people and a close member of our Republican family,” the Republican Party of Arkansas said in a statement via Twitter on Tuesday evening. “We are praying for her loved ones during this difficult time.””To so many of us, Senator Linda Collins-Smith was more than just a colleague,” the Democratic Party of Arkansas said in a statement via Twitter on Tuesday night. “She was a friend and warm person. We are stunned and saddened to hear of her death. Please join us in prayer as we remember her family and her loved ones.”Collins-Smith, who was a member of the Democratic Party until 2011, lost to James Sturch in the Republican Party primary for the 19th District in May 2018 by fewer than 600 votes. Copyright © 2019, ABC Radio. All rights reserved.