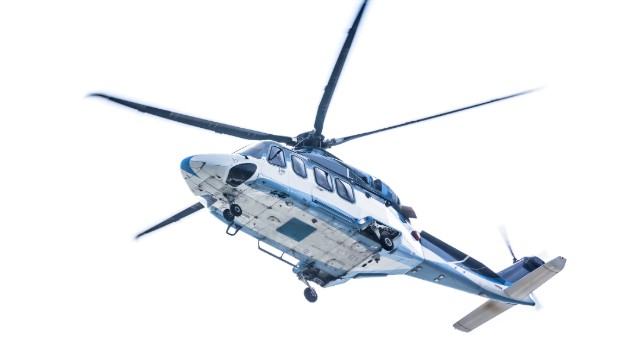 (PHOENIX) — Video captured a dizzying helicopter rescue on Tuesday after a woman sustained injuries while hiking in Arizona.The victim suffered facial and head injuries as a result of a ground level fall, according to the Phoenix Fire Department. The 74-year-old was hiking Piestewa Peak when the incident occurred, according to ABC News station KNXV-TV. The news station’s chopper recorded the rescue, which shows the woman spinning out of control as she was hoisted into the air and airlifted to a nearby hospital for medical attention.The landing zone was a half-mile from where the woman was injured, authorities said.The patient is currently in stable condition and has no ill effects from the spinning except for dizziness and minor nausea, according to hospital officials.While the rescue appears to be a bit jarring, Phoenix Fire Department Capt. Bobby Dubnow assures the woman was secured safely in a bag and basket, which had “multiple points of packaging.”Spinning, while rare, can occur during rescue transport, but crews are trained to handle it, Dubnow said during a news conference.The circling motion occurs as the basket nears a helicopter and interacts like a windmill, according to Phoenix Police Air Support chief pilot Paul Apolinar. Firemen on the ground typically hold the line to help reduce spinning.Forward flight usually helps to stop this from occurring during rescue, according to helicopter operator Deek Geisel.The helicopter used in the rescue was hoisted 210 times in the last six years, according to Apolinar. Spinning has happened twice during that time frame.