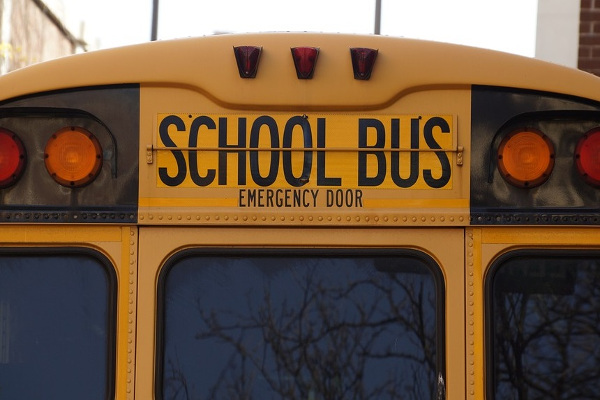 Gabler says the bill wouldn’t require school vehicles to add any additional lighting, but it would make it easier if they’d like to do so.

Currently, state law doesn’t specify how many flashing lights smaller school vehicles, like vans, should have.

“On a school day, it’s easy for drivers to see school buses yet accidentally overlook vans and minivans carrying ‘cargo’ that is just as precious,” Gabler said. “House Bill 364 would make these vehicles more noticeable to oncoming motorists.”

Under current law, these school vehicles are not authorized to display visual signals. House Bill 364 would allow them to be fitted with one flashing or revolving yellow light on the roof either permanently or temporarily. The light would be activated only when preparing to stop, and when stopped to load or unload school students.

“Bad weather and travel during dawn or dusk makes it even tougher to distinguish these vans – especially on rural roads,” added Gabler. “Yellow lights will serve as additional visual signals to enable motorists to avoid accidents and protect students.”

The bill would encourage transport companies to make vans more visible. House Bill 364 now heads to the State Senate for their vote.

Listen to the interview about this topic, among other things, with Rep. Matt Gabler.