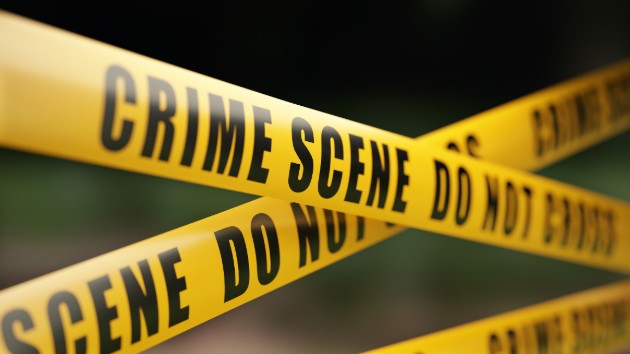 (HOUSTON) — The Houston man at the center of an investigation into the death of 4-year-old Maleah Davis doubled down on his denial in a tearful jailhouse interview.“I would never do anything to hurt her. That’s not me. Ask anyone who knows me, and they’ll tell you I’m not that type of dude and I was good with the kids,” Derion Vence said Tuesday. “I ain’t no killer, bro.” Vence, 27, offered the comments in an exclusive interview with ABC’s Texas station KTRK-TV, saying that he loved the young girl like his own daughter and would never hurt her.Vence, who was caring for the toddler while her mom was away, is charged with tampering with evidence in connection with the case. Officers said he has not been cooperative throughout the investigation.Maleah was last seen on April 30 when surveillance footage captured her going into her Houston home with Vence, her mother’s ex-fiance. Additional surveillance footage from a neighbor showed Vence leaving the couple’s apartment on May 3 with his son and a laundry basket.Her body was discovered four weeks later in Hope, Arkansas, on the side of a road and wrapped in a black plastic bag. Police said Vence directed them to the location, although he denied any wrongdoing.”I should be home with my family. With Maleah, the kids and Brittany, cooking dinner and watching Netflix,” Vence said, referring to the slain toddler’s mother, Brittany Bowens. “Nothing bad happened to Maleah.”Investigators have not revealed how the young girl died. Vence initially told officers that she was abducted by three men, including one who knocked him out during a carjacking, but Houston Police Department Chief Art Acevedo said he never believed the story. Police located the family’s car on the side of a road in Missouri City, Texas, and investigators said cadaver-sniffing dogs detected the scent of human remains in the vehicle.”You could drive a big rig right through the tales this guy has been telling,” Acevedo said, referring to Vence.Bowens, the child’s mother, said she’s still trying to wrap her head around the painful reality of the situation. She was out of town attending her father’s funeral when the young girl went missing.”I think at that moment that’s when reality hit, that it was her, in that bag, sitting along that street,” Bowens told KTRK. “It’s not fair. It’s not fair at all. I just, I just don’t understand this. It’s not fair, because she didn’t deserve that.” Copyright © 2019, ABC Radio. All rights reserved.