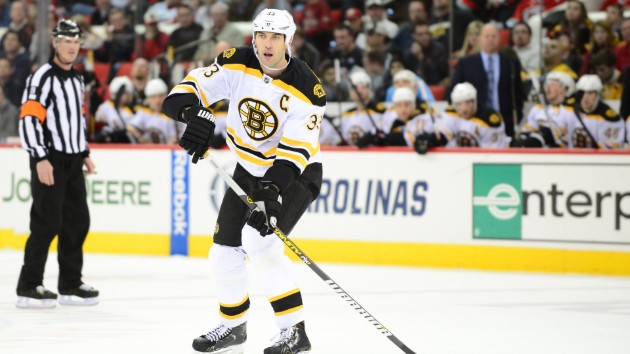 (BOSTON) — The Boston Bruins may have to take on the St. Louis Blues in Game 5 of the Stanley Cup Finals without their captain, Zdeno Chara.Chara injured his jaw on Monday during Game 4 of the series after he was hit in the face with a puck. Per multiple reports, the 42-year-old defenseman broke his jaw.After the hit, Chara returned to the bench wearing a face shield but he did not go back on the ice. The Blues went on to win the game 4-2, tying the series 2-2.Bruins coach Bruce Cassidy told reporters that he does not know if Chara will be cleared to play in Game 5 on Thursday. The defenseman is expected to be reevaluated in Boston.Copyright © 2019, ABC Radio. All rights reserved.