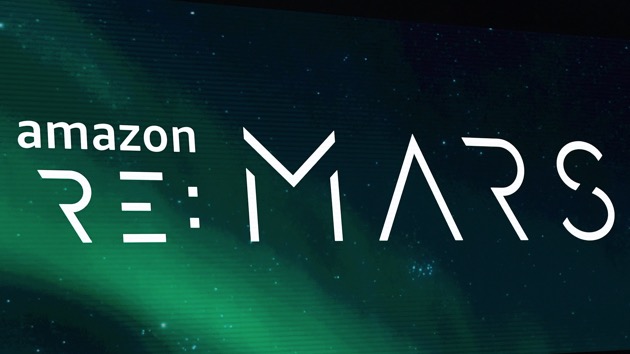 (LAS VEGAS) — Amazon Inc. said it’s taking deliveries to the next level — quite literally — within a few months by using drones.The company made the announcement Wednesday at its re:MARS Conference in Las Vegas, with the company’s CEO of Amazon Worldwide Consumer, Jeff Wilke sharing the news and design specs for the newest Prime Air drone.”We’ve been hard at work building fully electric drones that can fly up to 15 miles and deliver packages under five pounds to customers in less than 30 minutes,” Wilke said in a blog post.According to Amazon, the new drones will be more efficient, stable and safe because they’re designed to detect static and moving objects from any direction while in motion.Detecting wires proved one of the most difficult challenges for low-altitude flights, Wilke said in the blog post, but Amazon accomplished it by using of proprietary computer-vision techniques.”We know customers will only feel comfortable receiving drone deliveries if they know the system is incredibly safe,” Wilke said. “So we’re building a drone that isn’t just safe, but independently safe, using the latest artificial intelligence technologies.”

Amazon CEO Jeff Bezos first revealed plans for Prime Air in 2013, and the company made its first fully autonomous Prime Air delivery Dec. 7, 2016, in Cambridge, England, where the company has a fulfillment center.Wednesday’s announcement is just the latest in a string of delivery innovations from the tech giant that’s invested billions of dollars into its fulfillment network.Earlier this week, Amazon announced one-day free shipping is now available to more than 100 million Prime subscribers. That service was announced in April along with Key For Garage, which debuted on “Good Morning America.”Amazon said using drones is just the next step in customer convenience.”Can we deliver packages to customers even faster? We think the answer is yes, and one way we’re pursuing that goal is by pioneering autonomous drone,” Wilke said.But Amazon isn’t the only company expanding drone deliveries. Alphabet, the parent company of Google, also has been working on Wing Aviation, the first drone company to receive an Air Carrier Certificate from the Federal Aviation Administration, in April.With the certificate, Wing Aviation, which became its own independent Alphabet company in July 2018, after graduating from company incubator Google X, can now turn its test flights into commercial deliveries in the U.S.Wing Aviation conducted over 70,000 test flights with more than 3,000 deliveries to Australian doorsteps, driveways and backyards over several years in order to meet the FAA’s safety requirements to qualify, according to a Medium post by the company.The company plans to launch a delivery trial later this year in southwest Virginia and has recently announced it will be launching an early access air-delivery program in Finland this month. Residents of the Helsinki will be able to receive fresh Finnish pastries, meatballs and a range of other meals and snacks within minutes via Wing aircraft, according to a Medium post by the company.But it’s not just technology companies considering drones. Air Canada on Tuesday announced a sales agreement with Drone Delivery Canada to deliver cargo, and a San Francisco-based medical delivery company called Zipline uses drones to distribute vaccines, blood and lifesaving medication across Rwanda and Ghana.Copyright © 2019, ABC Radio. All rights reserved.