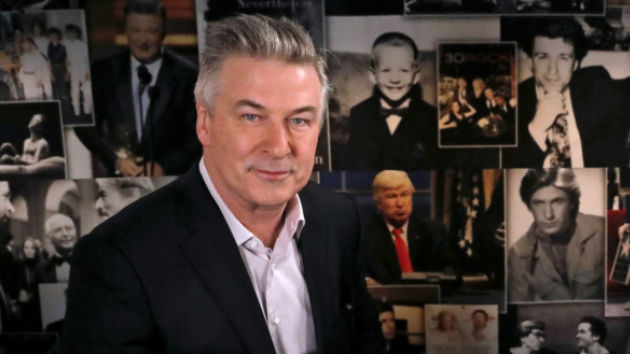 (NEW YORK) — Movie and TV star, game show host and Emmy-winning President Trump impersonator Alec Baldwin will be on the hot seat this summer, as the next celeb to be “honored” with a Comedy Central Roast.

In the announcement, Baldwin noted sarcastically, “Getting roasted will be the greatest honor of my lifetime besides being a father, a husband, hosting Saturday Night Live 17 times, receiving Golden Globes, Emmys, and working with Martin Scorsese.”

The special will be filmed in New York City in the near future, and will air on Comedy Central on a later date.

“Alec Baldwin has done so many great things, it will be a unique treat to spend a night focusing on everything he’d rather forget,” said Comedy Central exec Jonas Larsen in a statement.

All of Biden’s executive orders, and other notable actions, so far
Health care worker and mother of 2 loses home in fire, now her colleagues are stepping in
3 teens arrested in mysterious Colorado arson that killed 5 members of Senegalese family
Biden says tackling climate change will create jobs, bring economic recovery
Morris Chestnut says fans aren’t shy about hating on his character in ‘The Resident’
Cloris Leachman, Oscar and Emmy winning star of ‘The Mary Tyler Moore Show’, dead at 94