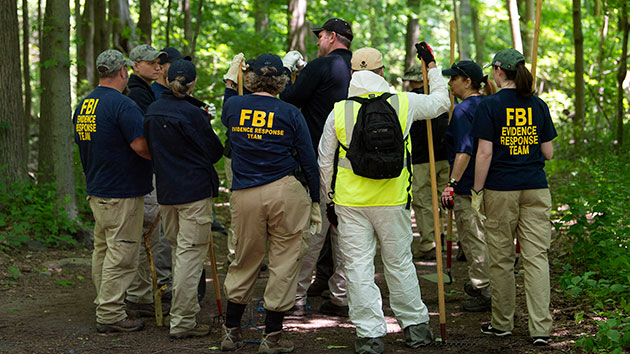 (NEW CANAAN, Conn.) — The search intensifies for New Canaan, Connecticut, mom of five Jennifer Dulos, who vanished nearly two weeks ago amid a custody dispute with her estranged husband.Here’s a timeline of the case, from the divorce filing to her husband’s arrest.

In 2017, Jennifer Dulos filed for an emergency order for full custody of their five children, which was denied, court documents show. Jennifer and Fotis Dulos were granted shared custody of the children until the end of the divorce proceedings.Jennifer Dulos alleged that her husband exhibited intensifying “irrational, unsafe, bullying, threatening and controlling behavior,” stating that she was afraid for her safety as well as the physical safety and emotional well-being of their children.The mother alleged that Fotis Dulos threatened to kidnap their children in May 2017 if she did not agree to his terms in the divorce settlement and that he had bought a gun that year.She alleged that on June 3, 2017, Fotis Dulos “became enraged, appeared out of control, and blamed me for scheduling activities for the children on a Saturday morning. … I was scared and tried to leave the room. He followed me upstairs and into a bedroom, where he shut the door and blocked it so that I was trapped as he verbally attacked me and physically intimidated me.””I am afraid of my Husband,” Jennifer Dulos alleged. “I know that filing for divorce, and filing this motion will enrage him. I know he will retaliate by trying to harm me in some way.”In Fotis Dulos’ amended reply to the motion, he claimed he legally bought the gun in 2017 for home security.He denied exhibiting “irrational, unsafe, bullying, threatening and/or controlling behavior.”Fotis Dulos stated that he never threatened to kidnap the children and never “physically threatened, stalked or assaulted” his wife.Fotis Dulos also stated that his wife called him a psychopath and told the children that he does not care about them. In addition, Fotis Dulos claimed that his wife said to the children, “I will make sure this divorce takes two and a half years,” and “I can have the Mafia break your dad’s legs with a baseball bat.”Fotis Dulos said in a Dec. 2017 email to his wife: “our children deserve a mother AND a father, not one or the other. And if we cannot live together, we can at least get along for their sake and benefit.”May 24: Jennifer Dulos vanishesShe was last heard from while dropping off her children at school, according to police, who say she was believed to be driving her 2017 black Chevrolet Suburban at the time.

Her vehicle was later found near Waveny Park in New Canaan, police said.Investigators believe Jennifer Dulos suffered a “serious physical assault” in her garage, where blood stains and blood spatter were found, according to arrest warrants.New Canaan police are asking residents to save surveillance camera footage from May 22 to May 25 because it may help with the search. Police say they’ve established a timeline of when the New Canaan mom of five went missing and are looking for cameras that capture driving activity.”We miss her beyond measure — her five young children, her family, her friends, colleagues and neighbors, as well as countless people who have never met her but who have responded to the spirit of grace and kindness that Jennifer embodies,” family spokesperson Carrie Luft said in a statement last week.”The support and love, the concern for her children and the community efforts to help locate Jennifer have kept us going.”June 1: Arrests

Fotis Dulos, 51, of Farmington, and his live-in girlfriend, Michelle Troconis, 44, were arrested on Saturday, charged with tampering with or fabricating physical evidence and hindering prosecution, according to authorities.More charges are likely, prosecutors said Monday.Clothes and sponges with Jennifer Dulos’ blood were found in trash cans in Hartford, where the documents said surveillance cameras captured a man appearing to be Fotis Dulos disposing of garbage bags in multiple receptacles, according to the documents. A woman in the passenger seat of the man’s car fit the appearance of Troconis, according to the documents.Their next court date is June 11.June 4: Custody of the childrenJennifer Dulos’ mother, Gloria Farber, on Tuesday filed a motion for custody of her daughter’s five children.The documents cited Fotis Dulos’ arrest and incarceration, and requested that, even if he is released, the kids remain in her custody.It remains unclear where the Dulos’ five children are now, but a family spokeswoman said last week they are “safe and well-cared for.”Copyright © 2019, ABC Radio. All rights reserved.