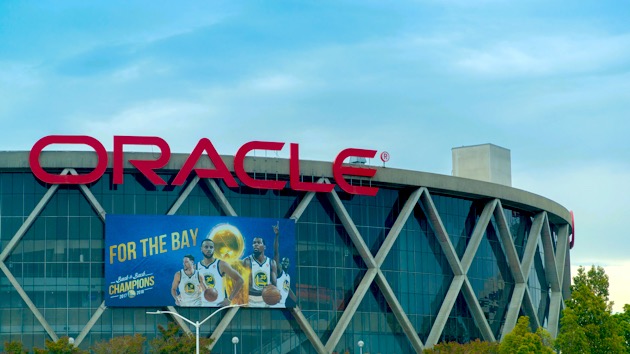 (OAKLAND, Calif.) — Ahead of their planned move back to San Francisco next season, the Golden State Warriors are paying homage to Oakland, Calif., the team’s home for the past 47 years.In emotional new images released by Under Armour, the athletic apparel company announced a limited edition of Warriors star Steph Curry’s signature shoe — the Under Armour Curry 6 — appropriately named “Thank You Oakland.” Ahead of the team’s move across the bay, Curry surprised some of his hometown heroes with the new sneakers. Curry will lead the team back to Oracle Arena in Oakland for Game 3 of the NBA finals Wednesday night. The series is tied 1-1.