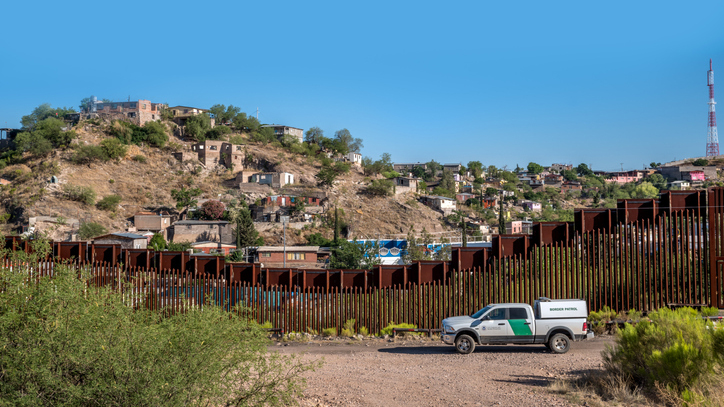 (WASHINGTON) — Federal authorities have confirmed two Salvadoran migrants died over the weekend after being apprehended along the U.S.-Mexico border. One of the migrants was a transgender woman, according to LGBTQ immigrant advocates.Jonathan Alberto “Johana” Medina Leon, a 25-year-old trans woman, crossed legally through a U.S. port of entry in El Paso, Texas and was later taken to an Immigration and Customs Enforcement detention center, the agency said Monday.Medina Leon was in custody for more than a month when she was transferred to the hospital after complaining of chest pains. She was released from ICE custody at the hospital and died there four days later, the agency said.”This is yet another unfortunate example of an alien who enters the United States with an untreated, unscreened medical condition,” said Corey Price, an ICE field office director in El Paso. “There is a crisis at our southern border with a mass influx of aliens lured by the lies of human smugglers who profit without regard for human life or well-being. Many of these aliens attempt to enter the United States with untreated or unknown diseases, which are not diagnosed until they are examined while in detention.”According to an ICE official, Medina Leon was brought to a facility in Otero County, New Mexico, where authorities have been accused by advocate groups of mistreating gay and transgender detainees. The Washington Post was first to report the news.U.S. Customs and Border Protection also announced the death of an unidentified 33-year-old Salvadoran man who suffered a seizure moments after the Border Patrol apprehended him in Roma, Texas on Sunday.”On behalf of the men and women of U.S. Customs and Border Protection, we extend our deepest condolences to those who are just learning of the tragic death of their loved one,” CBP Acting Commissioner John P. Sanders said in a statement Sunday.Following the deaths, immigrant advocates renewed calls for better treatment of those in custody and demanded detainees have options for supervised release when necessary.Last year, another transgender migrant from central America died in ICE custody. As the Associated Press reported at the time, Roxsana Hernandez, 33, traveled from Honduras as part of a caravan of migrants and was taken into custody in San Diego before getting transferred to a detention center in New Mexico.The Transgender Law Center, a group that advocates for gender rights in the criminal justice system, sued ICE and accused the Trump administration of withholding information related to Harnandez’s case. The group criticized authorities for acting with “cruelty, inhumanity, and lawlessness” and blamed the administration for causing the deaths.”Justice for Johana and Roxsana means an end to the conditions that killed them, conditions that transgender people in migrant prisons across the country continue to endure,” the Transgender Law Center said in a statement Sunday.