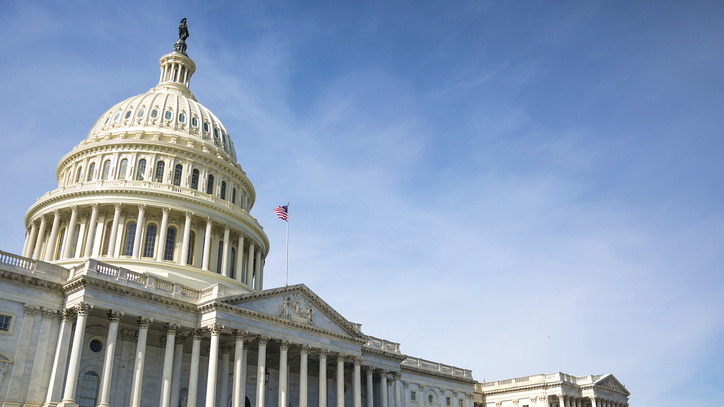 (WASHINGTON) — Facing increasing pressure from the Democratic base to impeach President Donald Trump, House Majority Leader Steny Hoyer on Tuesday denied he and House Speaker Nancy Pelosi lack the “courage” to move forward and threatened a vote next week holding all Trump officials who have defied Congress in contempt. “I hear some people say, ‘Well, you guys ought to have the courage to stand up.’ What we ought to have the courage to do is pursue in a constitutional way holding accountable any and every person to the responsibilities and acting legally,” Hoyer, D-Md., told reporters at the Capitol. “What you’ve seen the speaker and I try to do and, and other leaders as well, is trying to do this in a very orderly, considered, thoughtful fashion, to ascertain the facts and take whatever action those facts dictate.”As the list of current or former administration officials who have defied Congress continues to grow, with the White House telling former Trump aide Hope Hicks not to comply with a subpoena, Hoyer said that anyone who has not cooperated or has been blocked by Trump from complying with congressional requests “might be” added to a civil contempt package that the lower chamber will vote to pass next week.”This is the way to enforce the subpoena and to compel witnesses to testify that we have a constitutional responsibility, not just authority, but a constitutional responsibility to get information on the operations of the people’s government, that the American people should have,” Hoyer said. “And if the administration and the president take the position, ‘We’re not going to cooperate,’ that’s untenable and unacceptable and we’re going to move forward to try to enforce that and this is the first but important step.”Hoyer, the No. 2 House Democrat, also said special counsel Robert Mueller “ought to testify” and Congress should subpoena him so that lawmakers can quiz him on his 448 page report.“[Mueller] may want a subpoena for all I know,” Hoyer said. “The Judiciary Committee, I know is talking to Mr. Mueller, and hopefully they’ll reach an agreement, but he may want a subpoena in which case I think we ought to issue a subpoena. If he won’t testify, I think we ought to issue a subpoena anyway, personally.”Nevertheless, Hoyer said Democrats will act “within the context of our Constitution,” but indicated it is premature to declare whether Mueller’s testimony is a deciding factor in impeachment.”I don’t know that because I don’t know what he’ll testify to. But it is certainly one aspect of our decision making process,” he said. “We’re all talking about this, just as you’re all talking about it. I think every member of Congress is prepared to do what he or she thinks is the right thing to do, period. Nobody’s afraid of this president.”So far, Hoyer has named Attorney General William Barr and former White House counsel Don McGahn to be included in the contempt package. After the White House instructed former White House communications director Hope Hicks and Annie Donaldson, the former chief-of-staff to McGahn, from complying with a Democratic subpoena for documents Tuesday, and while Treasury Secretary Steven Mnuchin continues to thwart Democratic efforts to obtain copies of Trump’s personal and business tax returns, Hoyer explained that House Democrats’ oversight of the administration is an exhibition of the caucus fulfilling the legislative branch’s constitutional responsibility “to be the check on the executive.””I see every name, who has either refused to respond to a congressional subpoena or request for documents, or who has been instructed by the president not to respond is subject to be on that list,” Hoyer warned.Hoyer, whose powers as majority leader include scheduling all business on the floor of the House of Representatives, said lawmakers will vote on the package next Tuesday, June 11.”This is civil contempt, and what this is, is an application to the courts to enforce the subpoenas that have been issued, in particular to Barr and McGahn,” Hoyer said. “But it may include others. We’re not there yet. I don’t want to predict that there’ll be others. But there are other committees, as you all know, who have asked witnesses to testify, which has not happened.”While the showdown could take months of legal wrangling to play out in the judiciary, Hoyer urged the courts “to accelerate their consideration” of the challenge.”The fact is that if the Congress cannot get responses from the executive departments, as to their actions, and get to review documentation, or in this case, the documents or emails … then the Congress cannot meet its constitutional responsibility,” Hoyer lamented.”That’s why I say this is a huge cover up, because the president has not said, ‘you’re not entitled to this information.’ He said it’s political. Well, that’s not his judgment to make. It may or may not be political. There’s hardly anything you can [do] in Washington, and you can’t say has some political aspect to it. But it is our constitutional responsibility, and we have the authority to pursue that and enforce it. And we will.”