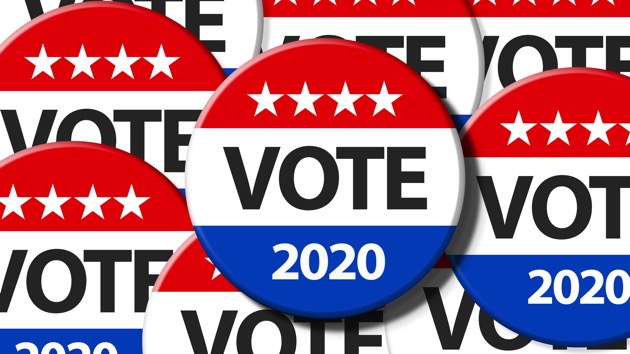 (WASHINGTON) — There are 21 candidates who have now qualified for the first Democratic debates at the end of this month, but the Democratic National Committee capped the number of participants at 20, virtually ensuring at least one presidential candidate will be left off the stage at the end of this month.Colorado Sen. Michael Bennet received 1 percent in a new CNN poll released Tuesday, the third poll in which he has done so, earning him a spot in the first Democratic debates set to be held on June 26 and 27, according to an ABC News analysis.With 21 Democratic presidential contenders competing for only 20 allotted spots on the first debate stages, the road to Miami — the site of the first Democratic debates over two nights in late June — has turned into a high stakes skirmish to secure a podium.To qualify for the debates in June and July, candidates must earn at least 1 percent support in three separate national or early-state polls conducted from Jan. 1 to two weeks before the given debate, or receive donations from at least 65,000 people across 20 different states, with a minimum of 200 unique donors per state.Bennet cleared only the polling threshold clearing the thresholds implemented by the Democratic National Committee.Bennet’s entrance into the 2020 field upended the as also the clinchingBut one new qualifying rule has reshaped the tactics employed by the candidates to push their donor base beyond the 65,000 threshold needed to qualify for the early debate.When Sen. Cory Booker inched closer to crossing the donor threshold, he urged supporters to chip in for the opportunity to receive a phone call from him and then blasted his supporter list with photos of his Facetime session with his 65,000th donor. In New Hampshire, Sen. Kirsten Gillibrand joined a game of beer pong (with only water) and turned the moment she sank a ping pong ball into a solo cup into a digital ad to collect donors. On her campaign website, Marianne Williamson keeps a live tracker, driving donors to support her longshot bid as she showcases her progress towards the donor mark.The candidates, who often bump elbows on the campaign trail as they try to stand out among the core constituencies of the party, are resorting to these unconventional strategies to secure the opportunity to land on the early debate stage and break out from the pack before millions of voters.After the 2016 presidential primary, the Democratic National Committee implemented a new pathway to qualify for their nationally televised presidential debates: candidates can gain access through donations from 65,000 people, including 200 unique donors in each of at least 20 states, in an effort to prioritize grassroots fundraising. The other conventional avenue for qualifying is by registering 1 percent support in three polls either nationally or in the early nominating states of Iowa, New Hampshire, South Carolina or Nevada.The pool of contenders who’ve cleared both thresholds include: former Vice President Joe Biden, Booker, South Bend Mayor Pete Buttigieg, former Housing and Urban Development Secretary Julian Castro, Hawaii Congresswoman Tulsi Gabbard, California Sen. Kamala Harris, Minnesota Sen. Amy Klobuchar, former Texas Congressman Beto O’Rourke, Vermont Sen. Bernie Sanders, Massachusetts Sen. Elizabeth Warren, and entrepreneur Andrew Yang.The candidates who’ve secured a spot based only on polling are: Gillibrand, former Maryland Congressman John Delaney, Washington Gov. Jay Inslee, former Colorado Gov. John Hickenlooper, Ohio Congressman Tim Ryan, and California Congressman Eric Swalwell.But among the lowest tier, Colorado Sen. Michael Bennet, former Alaska Sen. Mike Gravel, Miramar Mayor Wayne Messam, Massachusetts Congressman Seth Moulton, and Williamson have yet to make it on the stage.If more than 20 candidates qualify for the debate, the DNC will use both the polling and the donor threshold to narrow down the number of participants. The selection process then moves to who holds the highest polling average and then who has the most unique donors, in that order.To qualify for the debate stage, candidates must earn at least 1 percent of respondents in three national or early-state polls conducted between Jan. 2019 and two weeks before the given debate, or have received donations from at least 65,000 individuals across 20 different states, with a minimum of 200 unique donors per state.The DNC is also capping the number of debate participants at 20 and candidates will “draw lots” to determine which night they will take the debate stage.A number of candidates, including those just making a name for themselves on the national stage, have already claimed that they have enough individual donors to qualify for the debate.Copyright © 2019, ABC Radio. All rights reserved.