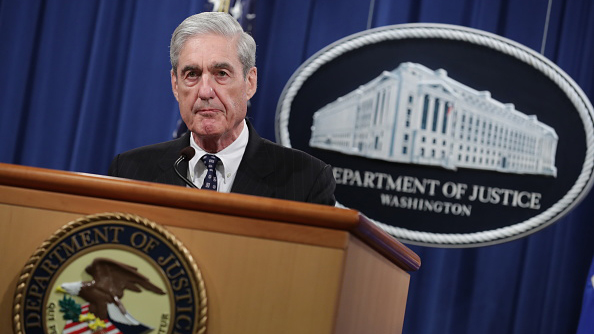 (WASHINGTON) — Key figures in the Trump-Russia saga are attempting to wield a new weapon in an ongoing court battle against the Democratic National Committee: special counsel Robert Mueller’s 448-page report.In a series of filings late Monday, multiple defendants cited the report as they sought to dismiss a lawsuit filed by the DNC in April 2018, which alleged an international conspiracy involving Trump-linked figures and Russia ahead of the 2016 presidential election.”In fact, it is now clear that there is no scenario in which the DNC could plausibly allege claims against the Campaign,” a filing on behalf of the 2016 Trump campaign said. “Indeed, the Special Counsel directly refuted many of the key allegations and inferences underlying the DNC’s claims. The Special Counsel’s findings only further confirm that it is time for this politically motivated lawsuit to end.”Though Mueller’s report said the investigation found that the Russian government thought it would benefit from President Donald Trump’s victory, and that the Trump campaign “expected it would benefit electorally from information stolen and released through Russian efforts,” the report — as highlighted in Monday’s filing — “did not establish that members of the Trump Campaign conspired or coordinated with the Russian government in its election interference activities.”Other defendants in the suit including Trump’s son-in-law, Jared Kushner, and Trump’s longtime friend and political adviser, Roger Stone, similarly referenced the Mueller report in separate filings Monday in support of motions to dismiss that were filed in March. Trump personally was not named as a defendant in the lawsuit.It’s a gambit that a source familiar with the DNC’s legal strategy argued likely wouldn’t prevail in this instance because judges generally rule on dismissal motions by the merit of the plaintiff’s complaint, not based on outside sources.”The Mueller report has no relevance to matters presently before the court,” the source said.The source added that — more broadly — the Mueller report was actually beneficial to the DNC’s civil case, which has a lower burden of proof than a criminal case. The source said that while the report “did not find beyond a reasonable doubt there was a basis to conclude there was a criminal conspiracy … there were a lot of factual findings that were exactly what had been alleged” in the DNC’s suit.”There was reason to be heartened,” the source said.Ahead of the 2016 presidential election, Russian hackers stole a trove of DNC emails and documents, along with other Democratic targets, and leaked them online in part through the anti-secrecy website WikiLeaks, according to the U.S. intelligence community and an indictment previously filed by Mueller’s team against a number of Russians. At the time, the leaks were cheered on by the Trump campaign, including publicly by then-candidate Trump, during a speech at a rally in October 2016 in which he told a Florida audience, “This WikiLeaks stuff is unbelievable. … It tells you the inner heart, you gotta read it.”In its lawsuit, the DNC connected the hacking to several controversial interactions between Trump-linked figures and Russia-linked figures, and alleged an “act of previously unimaginable treachery: the campaign of the presidential nominee of a major party in league with a hostile foreign power to bolster its own chance to win the Presidency.” Specifically, the DNC alleges violations of the Racketeer Influenced and Corrupt Organization Act, known as RICO.In a previous motion in support of dismissal, the Trump campaign echoed the president’s oft-repeated claim that the Russia accusations only seek to “explain away [the DNC] candidate’s defeat in the 2016 presidential election,” and argued in part that any criminal activity by Russia happened before contact with Trump campaign figures.WikiLeaks, which was named as a defendant, previously said it too had no role in the actual hacking and only published the material within its First Amendment rights.The Russian government, also a defendant, offered a novel argument in a letter to the court in November 2018. While not admitting to the hacking, the Russian Federation said that if it did hack the DNC, it was immune from a civil lawsuit because of U.S. laws that shield governments over “sovereign” actions.A judge has not ruled on the motions to dismiss. The source familiar with the DNC’s strategy said that, should the case survive, the DNC would start the discovery process, gathering information and questioning witnesses — a laborious process that could run deep into the 2020 presidential race.