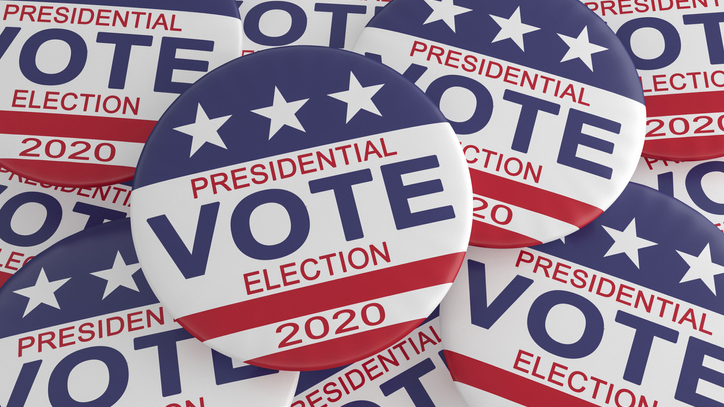 (WASHINGTON) — Democrats say they prefer a candidate aged 60 or younger for president, according to a recent Pew poll, yet the two candidates who are currently leading in a range of polls are former Vice President Joe Biden and Vermont Sen. Bernie Sanders: two men over the age of 75.A near majority, 47% of Democrats and those who lean-Democratic, stated that the best age for a president is someone in their 50s and 25% said that someone in their 40s would be best suited for the role. Only 3% said they would prefer a president in their 70s.While two-thirds of those polled say the race, gender or sexual orientation of the nominee wouldn’t make much of a difference, a significant percentage of that group said they would be more enthusiastic than not if the nominee was female a person of color or someone who is LGBTQ.So why are the stated identity preferences of Democrats not aligned with who’s currently leading the polls?Daniella Léger, the executive vice president of communications and strategy from the Center for American Progress Action Fund said that what traits Democrats want in theory might not always match up with who they prefer when presented with the names of real people and their backgrounds.“I think in the abstract, when you don’t attach names to a question, oftentimes you will get a different answer than when you actually have real life, breathing people who folks know or who folks are getting to know,” she said.John Sides, a professor of political science at George Washington University, said asking people for their ideal candidate’s age, race, or gender isn’t the same as asking their actual choice.“In a sense, asking voters to tell what kind of candidate they would like isn’t as good as asking them to show me which candidate they actually like,” Sides said in a statement to ABC News.Others add that the dichotomy exists because it is still very early in the process, and voters are preferencing individuals based on name recognition.“Although it feels like it’s been going on forever, we’re still actually pretty far from when people actually start voting or caucusing,” said Christina Reynolds the vice president of communications for Emily’s List, an organization which helps elect pro-choice Democratic women.“It’s not an accident that the top two people in the polls are the two people who have run for president before. You know, one of them obviously served as a vice president for eight years, and so that’s who people know,” she added.Historically, the things people do to build name recognition might also disadvantage women.“You have to be like a self-promoter a bit. And women get punished when they do that,” cited Amanda Litman, the co-founder and executive director of Run for Something, a progressive organization supporting young candidates running for office.Another common argument is that voters are prioritizing “electability” and a candidate who they believe has the best shot up against Donald Trump.“The most important thing for a voter is somebody who they think, at least right now, can win,” Litman told ABC News. “And that is often viewed through a lens that is really problematic. It’s racist, it’s classist, it’s sexist,” she said.Sayu Bhojwani, founder and president of the New American Leaders, a national organization preparing immigrants to run for state and local office, added how our conception of electability stems from previous examples in history.“We consider white men electable to be president because that is who we’ve had with the exception of Barack Obama,” Bhojwani said.“Instead of saying who is the candidate who’s going to inspire the most number of Americans to support him or her and come out to vote, both in the primaries and in the general, we’re starting with who can beat Donald Trump. So instead of an aspirational vision, we’re starting with a very limited idea of what inspires voters and what turns voters out,” she told ABC News.Bhojwani, however, shared that Americans are looking for change and noted the success of women, people of color and young people such as Alexandria Ocasio-Cortez and Ilhan Omar during the 2018 midterms.“I think they’re inspiring Americans to think about what it would be like to have more of them in office and someone like them as president.”Litman additionally challenged voters to forget the traditional notion of “electability” and go with the candidate they are most enthusiastic about in 2020.“I hope that voters go with the person that excites them. And the person they think can win,” Litman. “Because the person who can excite the most people is the person who can win.”

Ben Affleck and Ana de Armas reportedly call it quits
Trump plans to leave in dramatic fashion yet continues to stay out of sight
Survey says 60% consider themselves “total film buffs” thanks to pandemic binge-watching
Damaging winds expected in California, heavy snow for the Rockies and Eastern Great Lakes
Five steps you can take now to boost your fitness and avoid severe illness from COVID-19
Giuliani says he won’t represent Trump at president’s impeachment trial