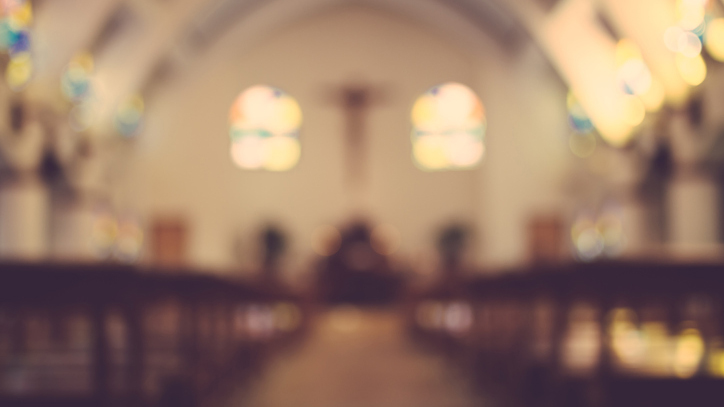 (WASHINGTON) — It turns out that some members of a Virginia church congregation were “hurt” by a surprise visit from President Donald Trump this past weekend, according to the pastor, who sent an open letter explaining that he in no way intended to endorse him.Before heading to the United Kingdom, Trump made an unusual unannounced stop at the McLean Bible Church in Vienna, Virginia, on Sunday, a day Christian leaders had declared a “Day of Prayer” for the president.A short while before his arrival, a White House spokesman told pool reporters traveling with the president: “President Donald J. Trump is visiting McLean Bible Church in Vienna, Virginia, to visit with the Pastor and pray for the victims and community of Virginia Beach.”Trump came straight from his Trump National Golf Club in Sterling, Virginia, and when he entered the church, he was dressed in khaki pants and a jacket over a polo shirt. He took off his golf hat, and walked across the stage to join Pastor David Platt.But neither the president nor Platt mentioned the victims of the Virginia Beach shooting during the president’s time on stage.Christian leaders, including Franklin Graham, had previously asked for Sunday to be a special “Day of Prayer” for the president. “President Trump’s enemies continue to try everything to destroy him, his family, and the presidency. In the history of our country, no president has been attacked as he has. I believe the only hope for him, and this nation, is God,” Graham said in a post on Facebook.”This is a critical time for America. We’re on the edge of a precipice. Time is short. We need to pray for God to intervene. We need to ask God to protect, strengthen, encourage, and guide the President,” Graham said. “Many of you may have seen that there were calls to, particularly on this Sunday, pray for our president,” Platt said at the McLean church on Sunday, standing next to Trump. “We don’t want to do that just on this Sunday. We want to do that continually, day in and day out. So, I want to ask us to bow our heads together now and pray for our president.”According to pool reports, Trump stood in silence alongside Platt, applauded with the audience, and left the stage without making any remarks.Now it’s come to light that following the president’s visit, Platt felt he needed to write an open letter to his congregation that same day explaining what happened.”Sometimes we find ourselves in situations that we didn’t see coming, and we’re faced with a decision in a moment when we don’t have the liberty of deliberation, so we do our best to glorify God. Today, I found myself in one of those situations,” he wrote.”At the end of my sermon at the 1:00 worship gathering, I stepped to the side for what I thought would be a couple of moments in quiet reflection as we prepared to take the Lord’s Supper. But I was immediately called backstage and told that the President of the United States was on his way to the church, would be there in a matter of minutes, and would like for us to pray for him.”I immediately thought about my longing to guard the integrity of the gospel in our church. As I said in the sermon today, Christ alone unites us. I love that we have over 100 nations represented in our church family, including all kinds of people with varied personal histories and political opinions from varied socioeconomic situations. It’s clear in our church that the only reason we’re together is because we have the same King we adore, worship, fear, and follow with supreme love and absolute loyalty, and His name is Jesus.”That’s why, as soon as I heard this request backstage, the passage from God’s Word that came to my mind was 1 Timothy 2:1-6:“First of all, then, I urge that supplications, prayers, intercessions, and thanksgivings be made for all people, 2 for kings and all who are in high positions, that we may lead a peaceful and quiet life, godly and dignified in every way. 3 This is good, and it is pleasing in the sight of God our Savior, 4 who desires all people to be saved and to come to the knowledge of the truth. 5 For there is one God, and there is one mediator between God and men, the man Christ Jesus, 6 who gave himself as a ransom for all, which is the testimony given at the proper time.””Based on this text, I know that it is good, and pleasing in the sight of God, to pray for the president. So in that moment, I decided to take this unique opportunity for us as a church to pray over him together. My aim was in no way to endorse the president, his policies, or his party, but to obey God’s command to pray for our president and other leaders to govern in the way this passage portrays,” Platt wrote.“I wanted to share all of this with you in part because I know that some within our church, for a variety of valid reasons, are hurt that I made this decision,” wrote Platt. “This weighs heavy on my heart. I love every member of this church, and I only want to lead us with God’s Word in a way that transcends political party and position, heals the hurts of racial division and injustice, and honors every man and woman made in the image of God. So while I am thankful that we had an opportunity to obey 1 Timothy 2 in a unique way today, I don’t want to purposely ever do anything that undermines the unity we have in Christ.”Platt signed his letter “I love you, church. Your Pastor, David.”