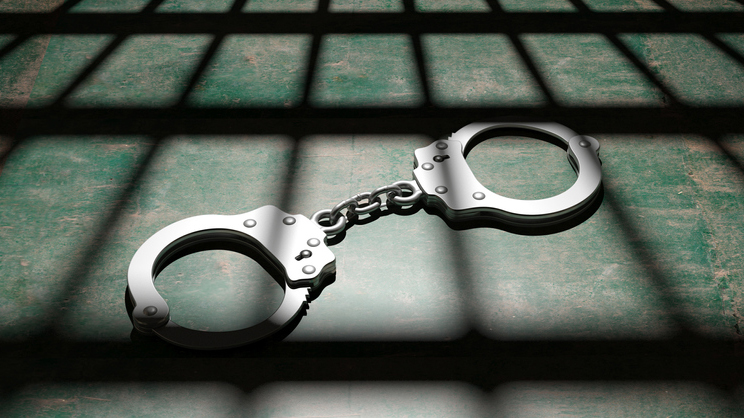 (WASHINGTON) — The special counsel’s probe of Russian election meddling has ensnared one of its cooperating witnesses in a child pornography case, the U.S. Justice Department announced Monday.George Nader, 60, who received immunity from prosecution related to the Russia investigation by special counsel Robert Mueller, was stopped Monday at an airport, for a second time, while entering the U.S. on a flight from the United Arab Emirates. He was arrested on “charges of transporting visual depictions of minors engaged in sexually explicit conduct,” federal prosecutors in Virginia said in a statement.A complaint filed by an FBI agent said Nader was first stopped in January 2018 “in a matter unrelated to child pornography.” ABC News reported last year that Nader was stopped at Dulles International Airport on the same date by Mueller’s agents, who used a search warrant to seize three of Nader’s iPhones in search of evidence related to the Russia investigation.But a forensic digital examination later allegedly also discovered child pornography videos and it was referred to a separate task force, the FBI agent stated Monday.Mueller’s team was searching for — and found — unrelated evidence about Trump associate Erik Prince’s meeting with a Russian oligarch in the Seychelles in the days before Trump was sworn in as president in 2017. Mueller’s team scrutinized the Seychelles meeting because of Prince’s close ties to the Trump campaign and transition as a major donor, and because of Kirill Dmitriev’s position and his boasts to Nader about being a Kremlin insider, according to sources — which were among many contacts Trump associates had with Russian officials.On Monday, the government described a dozen videos found on Nader’s smartphone of boys ranging in age from 3 to 14 who were allegedly being sexually abused and tortured.If convicted, he faces 14 to 40 years in prison, according to the Justice Department.Two lawyers for Nader, a Lebanese-American who represented him in the Mueller investigation, did not respond to requests for comment by ABC News.This isn’t his first time being charged with having child pornography. He was convicted of the same federal charge in 1991, but, at the time, an array of influential political and diplomatic figures wrote letters to the judge on Nader’s behalf, stating that he was an indispensable foreign policy fixer, and his sentence was reduced to below sentencing guidelines.Nader had frequent access to almost every White House — Democrat and Republican — since President Ronald Reagan was in office –except for the Obama White House– sources and records showed. One of his lawyers shepherding him through seven interviews with Mueller’s prosecutors, Kathryn Ruemmler, was White House counsel under Obama.During the 2016 campaign and transition, Nader launched into the orbit of Donald Trump’s inner circle of family, confidants, advisers and controversial fundraisers, such as Elliot Broidy and Prince — who founded Blackwater, a private military contractor firm, that Nader once worked for in Iraq — as someone who could help the incoming administration establish ties with his former employers, the Saudis and Emiratis, according to sources close to Nader and the Trump campaign.Prince became a witness for Mueller last year after testifying in a House committee that he didn’t jet to the Seychelles “to meet any Russian guy.” Nader later told Mueller’s team that Prince actually knew a week before he flew 10,000 miles to meet Dmitriev that he was the head of Russia’s sovereign wealth fund, and appointed by Russian President Vladimir Putin, the sources close to Nader told ABC News last year.Special counsel investigators recovered from Nader’s three phones, WhatsApp messages between Nader and Prince which included Dmitriev’s biographical details prior to the January 2017 meeting, the sources close to Nader told ABC News last year.Mueller did not refer a case against Prince for lying to Congress, however, and the former U.S. Navy SEAL turned private military contractor, in media interviews, has shrugged off his role in the investigation even after admitting Mueller took his computer and phones last year.