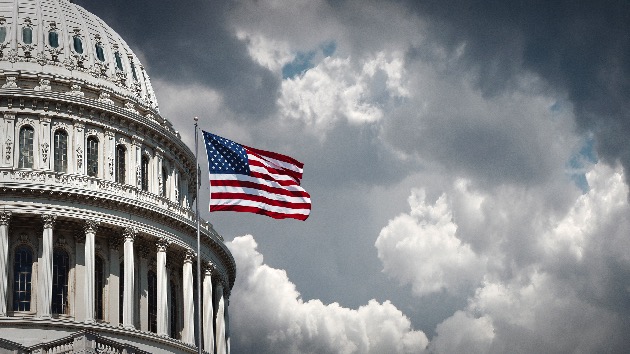 (WASHINGTON) — House Democrats are expected to grill officials from the FBI and Department of Homeland Security on Tuesday in a hearing focusing on how the Trump administration is addressing the growing threat of violent white supremacist extremists.The House Oversight subcommittee on civil rights and civil liberties hearing, titled ‘Confronting White Supremacy: Adequacy of the Federal Response,’ is the latest effort by Democrats to spotlight ways they say the Trump administration has systematically cut back on resources used to address threats from domestic extremists even as the FBI has reported a 30-40 percent rise in domestic terrorism cases just since October.Trump administration officials expected to attend Tuesday’s hearing include FBI Assistant Director for Counterterrorism Michael McGarrity, FBI Deputy Assistant Director for Criminal Investigations Calvin Shivers and DHS assistant secretary Elizabeth Neumann.Democratic committee members say they will press the officials on their “budgets and allocations of personnel, data collection practices, and strategic plans” to address threats from white supremacists.They are expected to specifically question Neumann on a report that the department recently disbanded a section of the Office of Intelligence and Analysis focused on producing reports on domestic terrorism, which Democrats warn could result in a reduction of available data on threats from white supremacist groups.Following the terror attack on several mosques in New Zealand in March carried out by an alleged white supremacist, President Trump told reporters he didn’t see white nationalism as a rising threat to the U.S.The hearing comes just two weeks after a senior FBI counterterrorism official held a sobering briefing with reporters on the domestic threat environment.The official revealed the FBI currently has a total of just under 5,000 open terrorism cases, including 850 domestic terror-related cases, and acknowledged that far more Americans have been killed in domestic terror attacks than Islamic terror attacks since the September 11 attacks.According to the official, a significant issue the bureau faces is that the federal criminal code has made it more challenging to bring charges against domestic terror suspects than in cases involving international terrorism or foreign terrorist organizations.That’s because, according to the FBI Agents Association, “domestic terrorism” itself is not a federal crime.Investigators often are forced to rely on other federal crimes to charge suspects with or rely on state or local laws, such as in the recent case of Coast Guard lieutenant Christopher Hasson, who despite being accused in court of plotting mass murder “on a scale rarely seen in this country,” is currently facing only gun and drug charges from U.S. attorneys in Maryland.And while then-Attorney General Jeff Sessions initially described the Charlottesville attack by James Fields Jr. that resulted in the death of Heather Heyer as “the definition of domestic terrorism,” Fields in March pleaded guilty to 29 counts of violating federal hate crime law.“Domestic terrorism is about political violence,” Tom O’Connor, the president of the FBI Agents Association said in a statement to ABC News. “Congress must do everything in its power to provide law enforcement with the tools needed to combat this threat to our country.”Copyright © 2019, ABC Radio. All rights reserved.