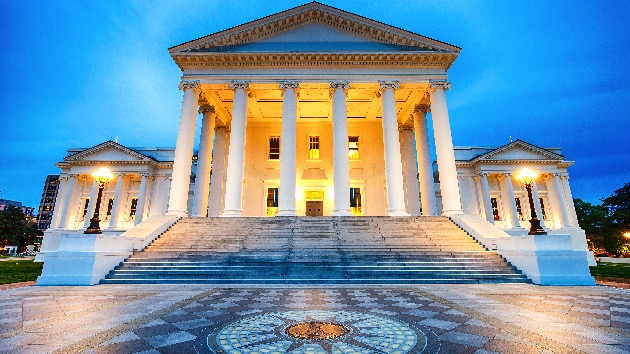 (RICHMOND, Va.) — Saying it’s time for “votes and laws, not thoughts and prayers,” Virginia Gov. Ralph Northam called for an emergency special session of the state legislature on Tuesday to take action on gun control in the wake of a mass shooting at a government building in Virginia Beach that left 12 people dead.”Once more hearts are broken, lives are shattered and families are crushed,” Northam, flanked by government leaders, said during a speech in Richmond, the state’s capital. “Once more a community is in shock and pain and grief. And once more we will hear folks offer their thoughts and prayers… We must do more than our thoughts and prayers. We must give Virginians action.”The governor exercised his authorities under the state constitution to call the legislature into special session to tackle the issues, saying the state cannot afford to put off the challenge of protecting its citizens from gun violence.”There are already those who say it’s too soon after the tragedy to talk about responses. I would say to those people: ‘when is the right time?"””I want this to be the last time,” said Northam, a Democrat elected governor in 2018.Northam, a former U.S. Army doctor, said that a lot of the proposals he has in mind were recommended after a gunman killed 33 people at Virginia Tech University in April of 2007.The recommendations he will make now, he said, will include banning assault weapons and ammunition magazines that can hold 10 rounds or more, requiring universal background checks and limiting purchases to one gun a month.He said he would also like to see laws passed requiring people to report stolen guns within 24 hours, allowing law enforcement to seek court orders to keep guns away from people who are a clear danger to themselves and others; and permitting local governments to regulate guns in their own communities.”None of these ideas are radical, none of them violate the Second Amendment,” Northam said.He said that following the Virginia Tech shooting, none of the gun-control measures proposed were passed by the Republican-controlled state General Assembly.”In fact, some failed with just four votes against them in subcommittees,” Northam said.Northam said he would also like to see a ban on gun suppressors — like the one legally purchased and used by the gunman in the Virginia Beach massacre.On Friday afternoon, the suspect — identified by authorities as city public utilities engineer DeWayne Craddock, 40 — allegedly went on a shooting rampage in Building 2 of the Municipal Center in Virginia Beach.Wielding a pair of .45-caliber pistols, both legally purchased by the suspect, and a security pass to gain access to inner offices and conference rooms, Craddock gunned down 11 city workers and a private contractor before police killed him in a gunfight.Just hours before the rampage, Craddock resigned from his job in an email, citing “personal reasons” that he did not elaborate on.”This weekend’s tragedy must instill in us a new urgency to act,” Northam said. “Virginians deserve leadership and they will be watching. The nation will be watching.”Copyright © 2019, ABC Radio. All rights reserved.

Damaging winds expected in California, heavy snow for the Rockies and Eastern Great Lakes
“I’d be up for that!” Liam Neeson wants to re-join the ‘Star Wars’ universe with Disney+’s ‘Obi-Wan Kenobi’ show
‘WandaVision’ star Paul Bettany on his father’s struggle to come out of the closet
In scathing draft of letter never made public, Trump chided James Comey for ‘erratic,’ ‘self-indulgent’ conduct
‘Godzilla vs. King Kong’ stomps forward in WB’s 2021 release schedule
How to build an emergency fund, how much to save for it and how to avoid spending it