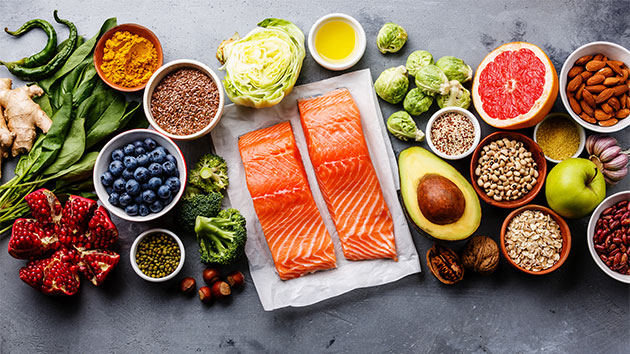 (WASHINGTON) —  Government tests have found high levels of potentially harmful chemicals used in nonstick surfaces and firefighting foams in foods that are produced near contaminated sites, according to the U.S. Food and Drug Administration.The latest research, presented at a conference in Helsinki and circulated among advocacy groups, highlights the growing concerns by the government and American consumers about the substances found in groundwater and soil around the country.The FDA said the study isn’t cause for alarm, but confirmed that food grown near sites contaminated with “PFAS” chemicals, such as airports, military bases and manufacturing facilities, should continue to be monitored because the chemicals can leach into the food through soil or water.”While FDA testing to date has shown that very few foods contain detectable levels of PFAS, due to potential health concerns related to these chemicals, the FDA is working to better understand the potential dietary exposure to PFAS,” the agency said in a statement released Tuesday.PFAS chemicals are often referred to as “forever chemicals” because they last a long time in the environment and research in recent years has raised alarms about the potential health impacts. The government is still working on how to respond to the chemicals that have made their way into drinking water, groundwater, and the blood of most Americans.There are no specific regulations around the amount of PFAS allowed in food, but current guidelines from the Environmental Protection Agency say amounts above 70 parts per trillion could pose a risk for human health. Research has connected some types of the chemicals to hormone problems, thyroid disease, and some cancers.The recent FDA study examined dairy and produce, particularly milk and leafy greens, developed near sites known to be contaminated by PFAS and found several cases in which the chemicals were detected. In one case, milk from a dairy farm near Cannon Air Force Base in New Mexico was discarded because the levels of PFAS were so high.A sample of chocolate cake from a grocery store also found high levels of the chemicals, although the FDA presentation did not identify a potential source of the chemicals. Advocacy groups say it could have come from grease proof paper.The study results, obtained by the Environmental Defense Fund and the Environmental Working Group, were first reported by the Associated Press.  EPA has announced an action plan to look into stricter regulations on the amount in drinking water and cleanup standards for groundwater. The agency has also pushed for more research on PFAS after reports that the cows near Cannon Air Force Base had been exposed to the chemicals.In response, EPA Administrator Andrew Wheeler called for more research on the level of these chemicals in the food supply, according to a memo from last month obtained by ABC News.