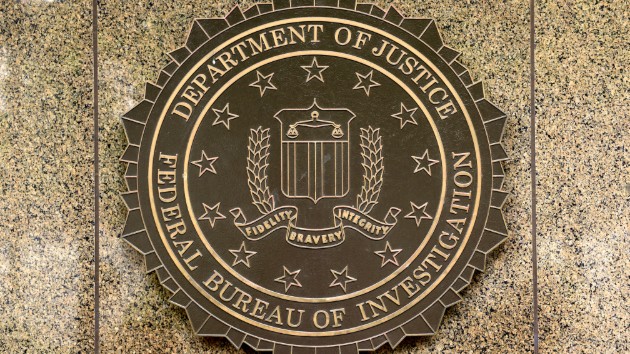 (NEW YORK) — As the school year across the country winds down, the threat of online predators is on the increase, the FBI said.Specifically, the FBI warns parents that they are seeing An increase in the number of sextortion cases involving minors across the country.Over the last five years, they say prosecutions are up 60 percent.Sextortion is “when an adult coerces or entices a child to a minor kid under 18 to produce a sexually explicit image of themselves and then transmit that image to them on the internet,” Brian Herrick, the assistant section chief of the FBI’s Criminal Division told ABC News.Mark Barnwell is one of those adults and was sentenced to 35 years in prison in January for setting up female-presenting, false personas on Facebook, the Department of Justice said.Barnwell, according to the government, on a female-presenting profile, would tell minor girls that he was offering them a modeling job that paid thousands of dollars, with one catch: they had to send photos of themselves in sexually suggestive positions and poses.”Hey would u be interested in modeling they pay 500-5000 a shoot,” the initial message would usually say, according to the indictment.Once Barnwell received the images, he’d threaten to post them online, attempting to hurt the minor victim, if he didn’t receive more.His technique was textbook, according to Herrick.”This starts the cycle of victimization that is very hard to break out of because now, it’s not one picture. It’s several pictures, it’s videos,” Herrick said.In some cases, the predator will get a sibling involved as well.Barnwell, according to the government, had 43 victims, which is common practice for offenders.”We go to an arrest and we put them in handcuffs, we take his computer, we look at his computer and we don’t find one victim. We don’t find 10 victims. We find 100, 200, 500 victims,” Herrick said.The one common denominator is that most offenders are male, the FBI said.Herrick says they could be as young as 18 all the way up to grandfathers.

“All walks of life. They’re doctors, they’re lawyers. I hate to say they’re policemen. They are people in positions of trust, they are coaches, they are teachers,” he said.It is not just on social media, the FBI warns, online gaming sites have become a target of these online predators.”If you have a 14 year old boy who is trying to advance within a game to get to a different level, get a high score and someone comes on the scene pretending to be somebody else, who’s maybe offering cheat codes or offering in app purchases to get more armors so they can advance a game, that’s an enticement,” Herrick explained to ABC News.Herrick and his team work with partners in the The Violent Crimes International Task Force from around the world to help identify victims and bring predators to justice.Currently, the task force has 56 foreign law enforcement officers from 49 countries, Herrick said.The parents of these children often times don’t know that their child was the victim of sextortion.”[An] agent has to go out now and knock on the door of those parents and say ‘Mr. and Mrs. Smith we need to talk to you,"” Herrick explained.The challenge for the FBI is making sure both parents and the victim know that they are not in trouble but the predator will try and spin it against the victim. The offender will tell the victim that they are going to get in trouble and then the victim is scared, Herrick stressed.Herrick also said that parents should have open, frank discussions with their children to help curb the problem.”What we need children to do is to make smart decisions when they have a situation really difficult because again many times those decisions are being made in the living room. They’re being made in the boys or girls bathroom at school or when they have a device that connects them to the entire world,” he said. Copyright © 2019, ABC Radio. All rights reserved.