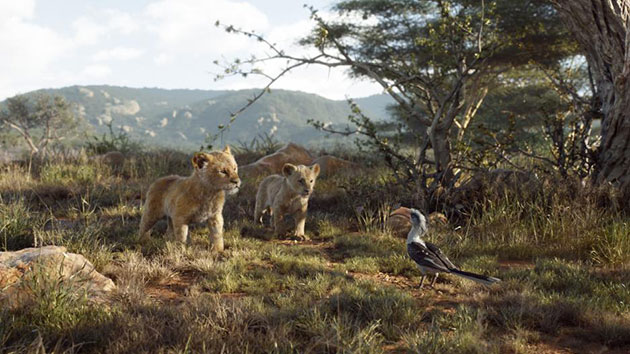 (LOS ANGELES) — A new trailer for Disney’s live-action remake of The Lion King made its debut on Monday, and features Beyoncé Knowles-Carter’s take on Nala, the film’s beloved lioness.

The sneak peek opens with Nala telling Simba — voiced by Donald Glover — that he has to take his place as king. “We need you, come home,” she pleads, as Simba is seen running through the jungle, before taking his place atop Pride Rock.

Seth Rogen’s Pumbaa and Billy Eichner’s Timon also make an appearance at the end of the clip, to announce that “the backup has arrived!”

Health care worker and mother of 2 loses home in fire, now her colleagues are stepping in
3 teens arrested in mysterious Colorado arson that killed 5 members of Senegalese family
Lawyer, single mom finds solace in community aid during COVID-19 unemployment
County apologizes for seniors having to wait outside in cold for COVID-19 vaccine
Morris Chestnut says fans aren’t shy about hating on his character in ‘The Resident’
Cloris Leachman, Oscar and Emmy winning star of ‘The Mary Tyler Moore Show’, dead at 94