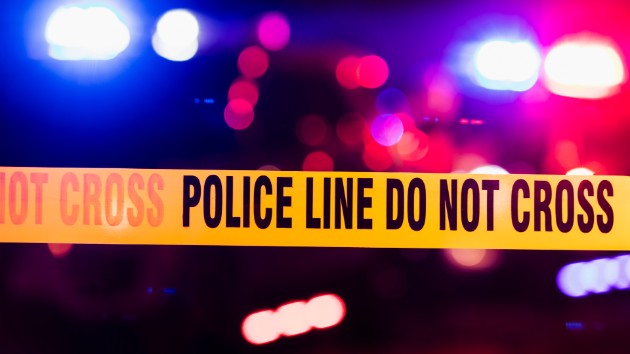 (CHICAGO) — At least 10 people were killed and 52 others were wounded in an outburst of Chicago gun violence over the weekend, according to police. Officers with the Chicago Police Department attributed the shootings to a rash of gang-related incidents. Many of the shootings occurred between 6 p.m. and early Saturday morning, police said. One incident left four people wounded near Northwestern University’s Chicago campus early Saturday morning, according to ABC Chicago station WLS-TV.A 28-year-old man and 26-year-old man said they were standing outside a red van at around 2 a.m. when they heard gunshots and realized they’d been shot, WLS reported. Two other men, ages 28 and 25, were shot in the head around the same area early Saturday, WLS said.Witnesses said they saw several vehicles drive away from the scene. A Chicago police spokesperson told ABC News that 19 people had been arrested on gun-related charges between Friday and Sunday evening. A total of 81 illegal weapons were seized since Friday evening.”In response to several gang related incidents since Friday, Superintendent Eddie Johnson has ordered targeted patrols on areas with suspected retaliation,” Chicago police spokesperson Anthony Guglielmi said in a statement Sunday. “Several people of interest are also being questioned in relation to some of our incidents and detectives have good video leads in others.”The violent outburst came just hours after the department announced a sharp decrease in crime on Friday. Data collected by the Chicago Police Department showed a 13 percent decrease in shootings and a 7 percent decrease in murders, year-over-year, during the first five months of this year.”Chicago residents and visitors can be confident that CPD works day and night to keep them safe,” Police Superintendent Eddie Johnson told the Chicago Sun-Times on Saturday. “Of course we can always do better, but I believe that our officers work diligently to provide consistent and fair policing in all of our neighborhoods, and our efforts are paying dividends.” Police said 41 people were shot and seven were killed in the city during the previous weekend, according to the Sun-Times. Copyright © 2019, ABC Radio. All rights reserved.