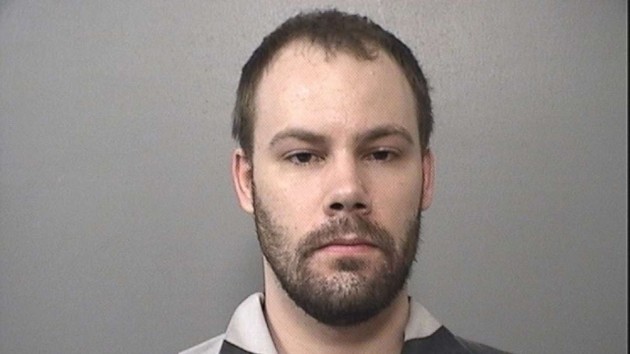 (URBANA, Ill.) — Monday marks the first day of the long-awaited trial of Brendt Christensen, a former teaching assistant at the University of Illinois accused of kidnapping and killing a young Chinese visiting scholar. Christensen, 29, pleaded not guilty to the charges. If convicted, he could be sentenced to death. Yingying Zhang, 27, was seen entering a black Saturn Astra on June 9, 2017 — only a few yards away from a bus stop outside the university’s PBS radio and television station. The young agriculture researcher was never seen or heard from again. Within weeks, investigators tracked that car back to Christensen.Last Tuesday, prosecutors submitted a laundry list of evidence they could enter during the trial. Included on the list were items investigators seized from Christensen’s apartment, including a baseball bat, a roll of duct tape and a large “Super Tough Heavyweight” duffel bag. Also listed were multiple wiretap recordings of conversations between Christensen and his then-girlfriend, who court filings say agreed to work with the FBI as an undercover informant.Zhang’s family arrived in Urbana, Illinois early last week. Prior to their arrival, ABC News met her family in their hometown of Nanping, located in China’s Fujian Province. Her mother, Lifeng Ye, described her reaction the moment she heard Christensen was arrested for Zhang’s kidnapping. “I wanted to kill him at the time,” Lifeng told ABC News. “I would if I could.”Upon news of her disappearance in 2017, Zhang’s family stayed in Urbana for months on end, living off money raised by the university and a local GoFundMe page. Even after Christensen was accused of killing his daughter, Zhang’s father, Ronggao Zhang, was seen most nights walking to Zhang’s’s Urbana apartment, hoping she would return home. “I think he should definitely get the death penalty,” said Ronggao. Prosecutors say that in an interview with police, Christensen at first denied it was his Saturn Astra seen in surveillance video released by the FBI. Investigators say Christensen later admitted to picking up Zhang — but claims he let her out soon after she entered his car.Christensen and his attorneys have not responded to requests by ABC News for comment on the case. Although she is adamantly convinced Christensen kidnapped her daughter, Lifeng still has hope. “When the trial starts I just hope it turns out he didn’t kill my daughter,” she said. “I hope he would give my daughter back to me.”Copyright © 2019, ABC Radio. All rights reserved.