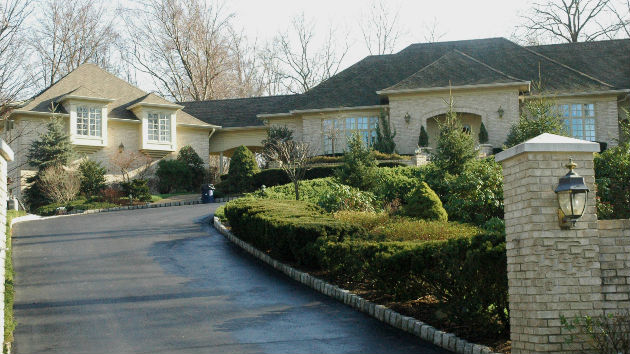 Photo by Bobby Bank/WireImage
Posted on June 3, 2019 by ABC News

(NEW JERSEY) — The North Caldwell, New Jersey property that Tony Soprano called home on the HBO series The Sopranos from 1999-2007 is up for sale, with an asking price of $3.4 million, according to The New York Times.

The 5,600-square-foot house, set on a 1.5-acre lot, has undergone a few cosmetic changes since the series ended its run over a decade ago, but still boasts most of the features fans remember from the show, including the long, curving driveway Tony pulled into in the show’s opening credits.

While scenes from the pilot episode were filmed in the home’s actual kitchen, subsequent episodes were taped at Silvercup Studios in Queens, New York. However, exterior shots continued to be shot on the property for the duration of the series.

The house has become a popular tourist attraction over the years, with die-hard Sopranos fans pulling into the iconic driveway for a photo op — some wearing bathrobes and picking up newspapers, as Tony was often seen doing in the show, tells Victor Recchia, who has lived in the house with his wife Patti for 32 years, in an interview with The Times.

It even even has an unofficial Facebook page, and when James Gandolfini, the actor who played Tony Soprano suddenly died in 2013, fans left flowers, candles and a bag of dried ziti near the curb.