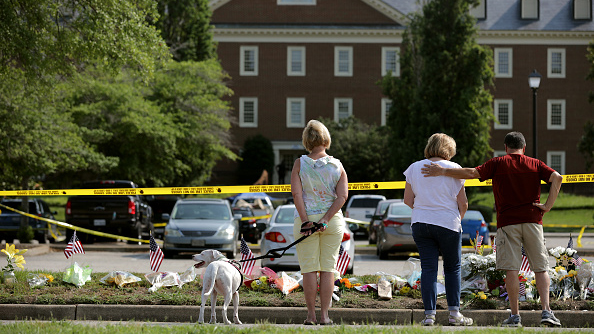 (VIRGINIA BEACH, Va.) — The public utilities engineer who allegedly gunned down 12 people, including 11 colleagues, at the Virginia Beach Municipal Center sent an email that he was resigning just hours before the massacre, writing that “it has been a pleasure to serve the city,” according to a copy of letter released by officials on Monday.In the short email, DeWayne Craddock, 40, telecast nothing of the horror that was to come on Friday afternoon in Building 2 of the Municipal Center.”I want to officially put in my (2) weeks’ notice to vacate my position of Engineer with the City of Virginia Beach,” Craddock wrote in the email. “It has been a pleasure to serve the City, but due to personal reasons I must relieve my position.”Craddock did not elaborate on what his personal issues were.Virginia Beach City Manager Dave Hansen said on Sunday that Craddock was in “good standing” at work and had no ongoing disciplinary issues. Hansen said Craddock’s latest work evaluation showed he had a “satisfactory” job performance.Police investigating the massacre have yet to release a motive for what may have prompted the bloodshed. Craddock was killed after a prolonged gun fight with police.”We continue to speak with witnesses, and others who may have information,” a police spokesperson told ABC News on Monday. “It is still in the early stages of such a large investigation. Additional details, if obtained, will be shared once we reach a point where it will not jeopardize the investigation.”This is a breaking news story. Please check back for updates.