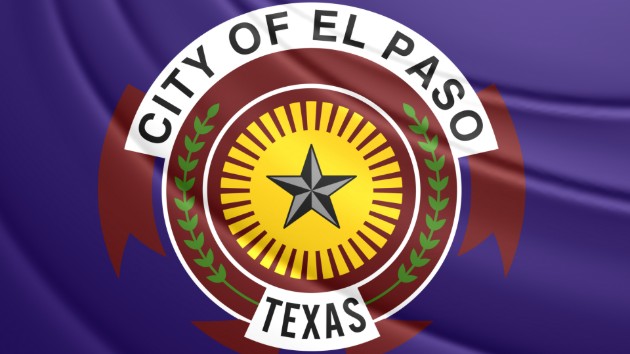 (EL PASO, Texas) — It was the best of times, it was the worst of times. Actually, which it was depends on what street you stood on a chilly winter evening in El Paso, Texas.On one side of town, raucous crowds gathered at the El Paso County Coliseum. With American flags and banners reading “Finish the Wall” displayed above him, President Donald Trump hailed his “big, beautiful” border wall as the reason for El Paso’s low crime rate.Outside the coliseum, thousands of protesters gathered. Marching along the Rio Grande, they joined former Texas Congressman Beto O’Rourke at the Chalio Acosta Sports Center for a counter rally to celebrate El Paso’s immigrant culture. It marked a clarion moment for a prospective candidate testing 2020 waters, and heralded what many expected to come — O’Rourke’s official campaign kickoff. Just a few weeks later, he held his first official campaign rally in his hometown.The bills came due for both: Beto For America owed the city $28,630.50 for his March campaign launch; he had already paid $7,609.14 of that as a deposit. The remainder was due May 24. They paid on time — just under the wire — with a check dated the day prior to the deadline.El Paso also billed Donald J. Trump for President Inc. for his “Make America Great Again” rally — for nearly half a million dollars. The invoice was sent to the campaign’s Fifth Avenue offices in New York on March 27. It was due April 26, and El Paso has yet to see a dime.The exact number is $470,417.05, broken down by reimbursements owed to six departments:

A month overdue and no check in sight, El Paso sent a warning to the Trump campaign of its looming penalty — a letter, coincidentally, sent the same day Beto’s check was cut.”Failure to pay your past due balance or to make acceptable payment arrangement within 30 days from the date of this notice (May 23) may result in your account being charged a one-time collection fee of 21 percent on your gross account receivable balance,” the letter from El Paso’s Office of the Comptroller states.That 21 percent would add almost $100,000 to the Trump campaign’s tab, bringing the sum total to almost $570,000.”As with any invoices we issue out, our expectation is to be paid for the services rendered,” Robert Cortinas, El Paso’s chief financial officer, told ABC News in a statement. “The City is fiscally responsible.”If El Paso doesn’t receive payment from the Trump campaign, that money would come out of municipal revenue and the city’s contingency budget — funds used for unexpected and emergency situations, like natural disasters. Just last June, historic and deadly flooding ravaged southern Texas. Now, as tornado alley wakes up, and hurricane season looms — that’s a financial life vest no city wants to do without.Donald J. Trump for President Inc.’s outstanding $470,417.05 is about 63 percent of the city’s contingency budget for the year.The Trump campaign has said it doubts El Paso’s accounting and has implied it’s been overcharged.”Since 2015, the Trump Campaign has held nearly 550 rallies all over the country, and this invoice is roughly 10 times the amount that a locality generally asks to be reimbursed,” Michael Glassner, chief operating officer with the Trump Campaign, told ABC News. “We are reviewing it.”Campaigns failing to pay cities for their visits is not uncommon. During the 2016 election, both the Trump and Sen. Bernie Sanders’ presidential campaigns were both behind in several rally payments.Trump himself has a storied history of not paying his bills. Often boasting of his business success on the trail and touting his record as the “Dealmaker in Chief,” receipts and lawsuits alike reflect a long line of personal debts shifted to businesses, with the burden of multiple Chapter 11 filings falling on investors who bet on his business acumen. Thousands of contractors’ lawsuits say Trump and his businesses have refused to pay them.This time, one of the most important border cities would have to recoup the damage.The City of El Paso tells ABC News that it will continue to reach out to see the bill is paid — even after the books close on this fiscal year — but if it’s in vain, they’ll have to absorb the difference.Ironically, that cost would have to be eaten by the very people championed at Trump’s campaign rally: El Paso police officers who are on the front lines of the president’s border battle.El Paso police officers, who partner with state and federal law enforcement including the FBI, told ABC News that they’ll keep serving the public — no matter what.”We’re doing our duties, whether it’s a late call, or overtime — we’re going to respond no matter what,” El Paso Sgt. Enrique Carrillo told ABC News. “Budget isn’t going to dictate how we handle an emergency.” Copyright © 2019, ABC Radio. All rights reserved.