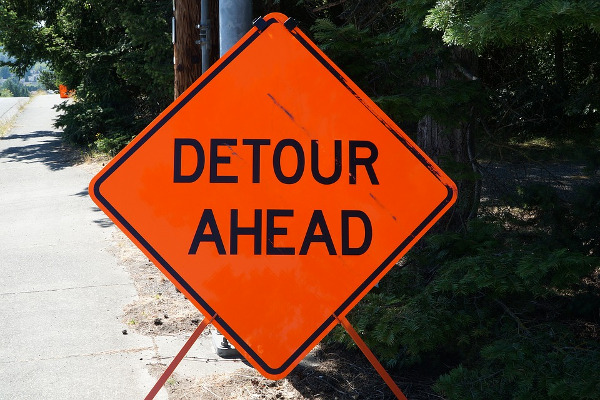 Starting today, a bridge will be replaced in St. Marys. The bridge spanning across Silver Run at the intersection of Joseph Road and Route 255 will be closed for about two weeks.

As for another local construction project, starting Tuesday, traffic patterns will change for Route 255 near the DuBois/101 interchange. That construction is expected to last until November.

Then on Thursday, Shiloh Road in Bradford Township, Clearfield County, will be closed for two days for bridgework.

PennDOT encourages drivers to “Know before they go” and to check conditions on more than 40,000 roadway miles by visiting  www.511PA.com. 511PA is free, available 24 hours a day, and provides traffic delay warnings, weather forecasts, traffic speed information, and access to more than 860 traffic cameras.

St Marys, PA –  The Pennsylvania Department of Transportation (PennDOT) announced today that work to replace a bridge in the City of St. Marys will begin Monday, June 3. The bridge spans Silver Run at the intersection of Joseph Road and Route 255. Replacing the bridge will allow PennDOT to remove it from Elk County’s list of bridges in poor condition.

Route 255 will be closed between St. Marys and Johnsonburg for approximately two weeks while the bridge is replaced. During the closure, traffic will follow a detour using Route 120 to Ridgway and Route 219 to Johnsonburg.

Once the detour is lifted, the contractor will perform utility relocation and restoration work. This work will require the intermittent use of flaggers in the roadway to provide traffic control. PennDOT reminds drivers to use caution in work zones, obey posted speed limits, and always buckle up.

The overall project consists of replacing the reinforced concrete bridge, installing the precast box culvert, drainage improvements, guiderail installation and pavement improvements. HRI, Inc. of State College is the contractor for this $1.9 million job, which is expected to be completed by mid-October.

The existing 16-foot structure was built in 1931 and carries and average of nearly 5,600 vehicles daily.

DuBois, PA – Traffic patterns will change for Route 255 near the DuBois/101 interchange on Tuesday as PennDOT continues bridge repair and preservation work on eight I-80 structures near DuBois.

Work is expected to last into November and will include wing stem replacement, concrete repairs, approach slab replacement, beam end repair and other assorted construction.

Bradford Township, PA –  The Pennsylvania Department of Transportation (PennDOT) is continuing work to replace two bridges on Interstate 80 in Clearfield County. The bridges span Shiloh Road (Route 1012), just east of mile marker 125 in Bradford Township. The bridges are being replaced in a half-width configuration.

Since March 18, there have been temporary alternating lane closures eastbound and westbound during daylight hours in the work zone, with no width restrictions.

Starting June 6, Shiloh Road (SR 1012) will again be closed temporarily to erect bridge beams for the eastbound, I-80 bridge reconstruction. The Shiloh Road closure is expected to last through June 8. The official detour during this closure will use Shiloh Road (SR 1012), Bigler Cutoff Road (SR 2030), and Route 322. Drivers familiar with the area may choose alternate routes.

Later this summer, traffic on I-80 will be switched to the travel lanes and work will begin on replacing the passing lane sides of the bridges. PennDOT will issue an update prior to that change.

Glenn O. Hawbaker, Inc. of State College, PA is the contractor for this $6 million project. All work is weather and schedule dependent. Work is expected to be complete by November, with the final overlay set for spring 2020.

Motorists should be alert for message boards and advance signing that notifies them of lane restrictions and the potential for slowed traffic. PennDOT reminds drivers to use caution in all work zones, obey posted speed limits, and always buckle up.