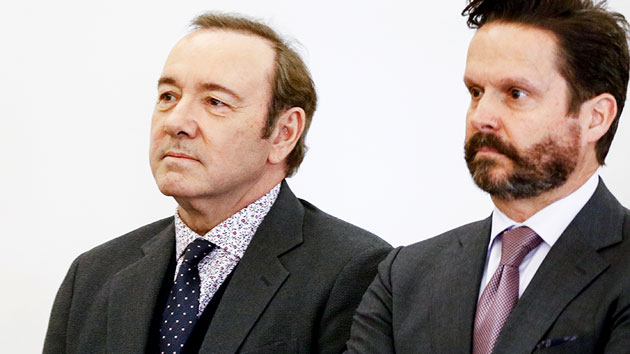 (NANTUCKET) — Despite urging from his attorney for a speedier trial, Kevin Spacey will have his day in court over a sexual assault charge no earlier than October.

The trial stems from the accusations of a then-18-year-old busboy, who accused the Oscar winner of plying him with alcohol and groping him back in 2016.

In a Nantucket Island courtroom Monday morning, Judge Thomas Barrett declared that there was no logistical way for the ousted House of Cards star could have a trial before the fall. “It’s difficult enough to get accommodations on this island any time in June, July or August,” said Judge Barrett, according to Variety. “It’s not happening in August. October, November, that’s what you’re looking at.”

Though he wasn’t required to, Spacey appeared in court and heard the bad news in person.

“Every day that this goes on without resolution is a day that he suffers,” said Spacey’s attorney, Alan Jackson. “This is a ridiculous case and they shouldn’t have filed it to begin with.”  His lawyers also called the groping allegations “patently false.”

In January, 59-year-old Spacey pleaded not guilty to a charge of indecent assault and battery.  He faces 2 1/2 years in jail if convicted.

Spacey was terminated from House of Cards in 2017 after actor Anthony Rapp accused him of making sexual advances on him when the Rent star was just 14.  Since then, other young men have come forward — including at least 20 at London’s famed Old Vic Theatre alone — accusing Spacey of acting inappropriately and worse.