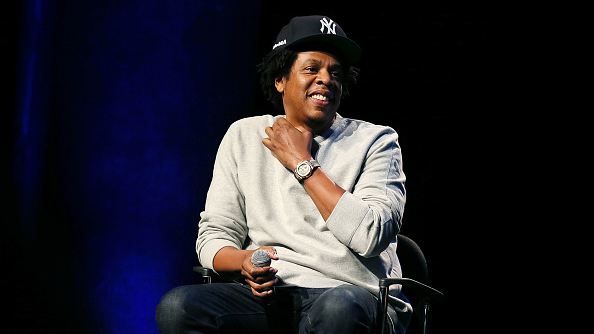 (NEW YORK) — Jay-Z is officially the first rapper to amass a billion-dollar fortune.For their latest cover story, Forbes magazine details how the Brooklyn-born mogul cinched the title through investments in art, liquor, real estate and shares in tech companies like Uber.According to Forbes, Jay-Z’s net worth “conservatively totals $1 billion,” which puts him among only a handful of billion-dollar entertainers. It also makes the rapper, whose given name is Shawn Carter, the first hip-hop artist to achieve that status.Forbes calculates that Jay-Z has around $220 million in cash and investments, which includes an estimated $70 million stake in Uber, which he purchased for $2 million in 2013.The “Blueprint” lyricist has also invested $100 million in the spirits brand D’Usse, of which he’s the partial owner, as well as $310 million in his champagne line, Armand de Brignac.As for his creative enterprises, Jay-Z’s got $100 million in the streaming service TIDAL, which he purchased for $60 million in 2015, $75 million in his music and entertainment company, Roc Nation, and $75 million in his own music catalog.In addition, the “Empire State of Mind” rapper, 49, has invested $70 million in his art collection, which includes Basquiat’s “Mecca,” which he reportedly purchased for $4.5 million in 2013.Lastly, he’s got $50 million in real estate, which includes properties in Manhattan and East Hampton, New York and the tony Bel Air neighborhood of Los Angeles.Jay-Z is, in fact, a business, man.