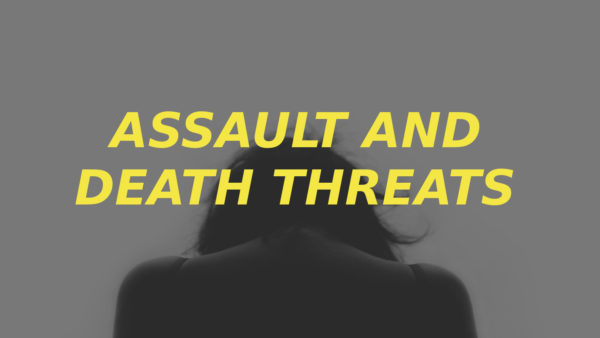 Williams allegedly grabbed the victim and began choking her before shouting obscenities as well as threatening to kill her. He’s then alleged to have thrown her down a flight of stairs before approaching her and kicking her in the abdomen; sending her down another flight of steps.

The victim then left the residence to get her keys and purse from a vehicle parked outside but Williams followed her. He’s then alleged to have grabbed her by the head and thrown her to the ground.

Williams was accused of stomping on her back again before the assault ended.

He was taken into custody and charges have been filed through District Court.