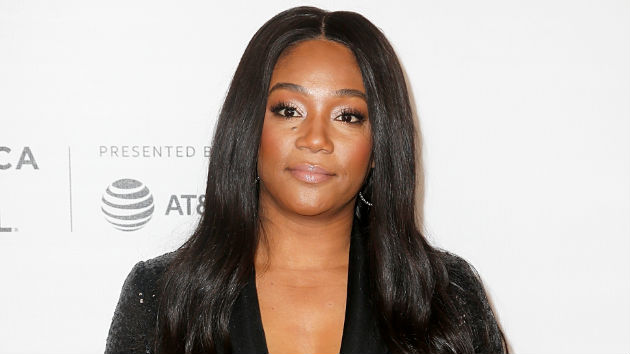 Photo by Dominik Bindl/Getty Images for Tribeca Film Festival
Posted on May 31, 2019 by ABC News

(LOS ANGELES) — Tiffany Haddish is opening up about her rough upbringing and tumultuous relationship with her mother Leola.

In a clip from an upcoming episode of My Next Guest Needs No Introduction with David Letterman on Netflix, Haddish shares that after her mother survived a car accident where she suffered a serious head injury — “everything changed” about her mom.

“When I was eight, about to be nine, she had a car accident and her head went through a windshield,” Haddish recalled. “By the grace of God she lived, but she had to learn how to walk, talk, eat, everything all over again.”

But, it wasn’t just re-learning the basics that Haddish says her mom had to work on, it was also Leola’s disposition.

“I didn’t want to be with my mom no more,” Haddish continued. “She had became very violent and very verbally abusive. You never knew who she was going to be. Every day was like a different day.”

Haddish said it got so bad that she even asked her mother if she could live with her grandma.  “And my mom would yell, ‘She’s not your momma, I’m your momma!’ “

During the interview, the Girls Trip star began to cry when she recalled her mother’s struggles.

“I used to think she was demonized,” she said. “I thought like maybe someone else jumped inside her body, like ‘Where’s my mommy?’ She’s gone.”

Haddish detailed her mother’s accident and abuse in her 2017 memoir The Last Black Unicorn, where she revealed that in addition to punching her like it was “nobody’s business,” she was also put into foster care system with her younger siblings.

My Next Guest Needs No Introduction with David Letterman with Tiffany Haddish launches on Friday.