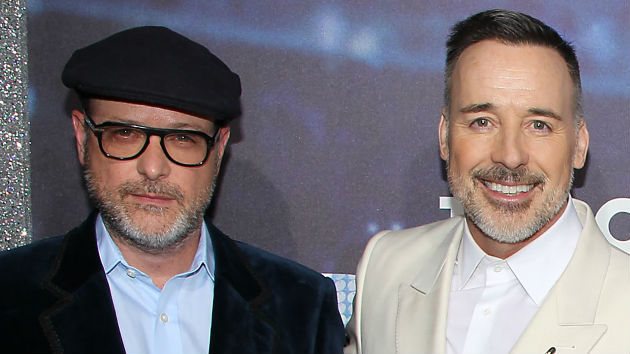 (NEW YORK) — Matthew Vaughn is the filmmaker behind the hit X-Men: First Class and the Kingsman movies — the latter of which featured quite possibly the most famous cameo performer in the world: Elton John.

Elton’s tapped Vaughn to co-produce the long-in-development cinematic life story of the superstar recording artist. Along with another of Elton’s collaborators, Billy Elliot: The Musical screenwriter Lee Hall, and director Dexter Fletcher, they brought to life the “real fantasy” Rocketman, which hits theaters today.

The film is a stylized take on Elton’s meteoric ups and near-deadly downs, and stars Vaughn’s Kingsman lead Taron Egerton as Elton.

“That’s why he got the role,” Vaughn tells ABC Radio. “That was our secret weapon…”

The movie’s trailer hints at what Fletcher and company meant by “real fantasy”: A young Elton is playing the famed Troubadour in Los Angeles; it’s 1970, and his first gig in The States. As he starts “Crocodile Rock,” he begins floating from his piano. The assembled crowd does, too, caught up in the magic of the moment.

The real Elton didn’t expect to see it — but it was immediately familiar, Vaughn says. “He said when you’re a rock star and you’ve got 100,000 people screaming your name and eating out your hand … [he said] it feels like you can lift every single one of them, and move them and do whatever you want with them.”

Elton’s music strikes emotional notes throughout, but with his 50 year career in showbiz, it caused a problem for Vaughn and company: “We couldn’t even get all the songs in. You know we could have done another hour and a half of songs,” he laughs. “You know, you’re going, ‘He did that, and he did that, and he did that! I mean…you didn’t get “Candle In The Wind,” “Blue eyes,” “Passengers,” “Step into [Christmas].”  I mean it goes on, and on, and on, the amount of amazing songs he’s written…”

However, Vaughn says Elton John is, “One of the most brilliantly serious people I know that doesn’t take himself seriously…”

He explains, “[H]e doesn’t show off. So…he’ll casually be talking about when he wrote a song with John Lennon or what it is like…meeting Presley…He’s seen it all. He’s done it all, and he’s still — if you talk to him, he’s very happy having a cup of tea, watching a game of football..Very unpretentious.”

Station wagons are back. And they’re faster than ever
Larry King remembered by celebrities, politicians: ‘A newsman who interviewed the newsmakers’
Maine shifts some vaccine doses away from CVS and Walgreens
Pastor says addressing resistance to Biden administration is part of the job
John Krasinski, Dan Levy, Regina King are the first ‘SNL’ hosts of 2021
Disney moves ‘The King’s Man’, ‘Bob’s Burgers’ film, as COVID-19 shut-downs continue