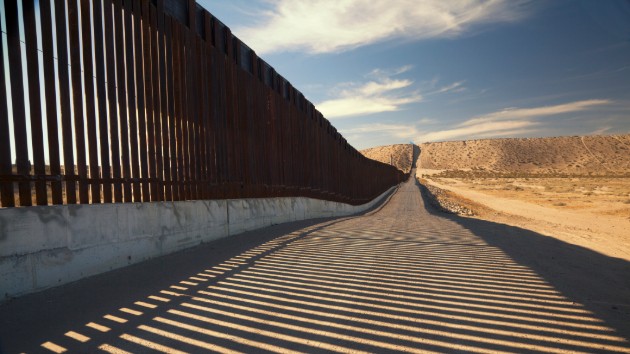 ElFlacodelNorte/iStock
Posted on May 31, 2019 by ABC News

(NEW YORK) — A crowdfunding effort to build a private border wall in New Mexico was unveiled this week after getting pushback from local officials over construction permits.We Build the Wall, the group organizing the project, is supported by the former White House adviser to President Donald Trump, Steve Bannon, and relies on more than $20 million raised from the crowdfunding site GoFundMe.The money was transferred to Fisher Industries, which has started building the barrier on private land in Sunland Park, but the city’s mayor said it did not acquire the right permits before starting construction. That led the city to issue a cease and desist order earlier this week.“If the company did do their due diligence beforehand, a lot of these issues could have been prevented,” Sunland Mayor Javier Peras told reporters on Thursday.Brian Kolfage, founder of the We Build the Wall group, later said it had acquired the right permits and expects to continue.“We are back to work building the wall! Here’s new permit! WINNING!” Kolfage tweeted on Thursday.Trump’s campaign promise to build a wall along the southern border has faced a variety of legal obstacles. Most of the border barrier construction projects completed since Trump took office have replaced existing fencing, making the barriers larger and more difficult to cross in some areas. In the Rio Grande Valley, plans to start construction on the first new miles of barriers have stalled since February.Organizers with the private group said they took on the project to help U.S. Border Patrol, but acknowledged it was not built in coordination with the federal government. An official for U.S. Customs and Border Protection told ABC News the new wall won’t change how the agents conduct security protocols in the area.“Our agents will continue to patrol in pursuit of operational control of the Southwest border,” the official said in a statement. Copyright © 2019, ABC Radio. All rights reserved.