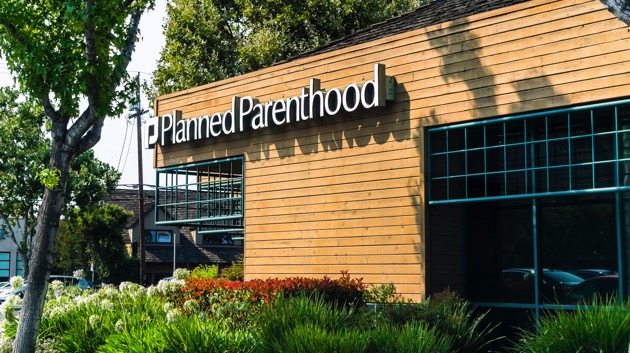 Andrei Stanescu/iStock (FILE photo)
Posted on May 31, 2019 by ABC News

(ST. LOUIS) — Hours remain for a judge to make a decision on the fate of Missouri’s last abortion clinic.If Circuit Judge Michael Stelzer does not approve Planned Parenthood’s request for a temporary restraining order, the clinic’s license will lapse and it will be forced to close Friday night at midnight, making Missouri the first state in the nation without an abortion provider.With the fate of Missouri’s lone Planned Parenthood clinic, its last remaining abortion provider hanging in the balance, demonstrators marched at the St. Louis Gateway Arch and at state government offices in an ongoing fight for abortion rights in the state.”What do we do? Stand up, fight back!” they chanted Thursday.State health officials have refused to renew the St. Louis clinic’s license until doctors agree to interviews about what Gov. Mike Parson is calling “a series of deficiencies.”The license for the Planned Parenthood clinic, issued by the Missouri Department of Health and Senior Services, is set to expire on Friday, and if it is not renewed, the clinic will have to cease operations. On Thursday night, a judge was deciding on whether or not the clinic could stay open.”It’s shame on Missouri politicians and government for weaponizing the licensing and regulatory process to end safe and legal abortion in Missouri,” said M’Evie Mead, director of Planned Parenthood Advocates in Missouri. “People should have access to safe, legal abortion in this state.”Planned Parenthood officials announced Tuesday that they were filing a lawsuit for a restraining order to stop the state from closing the clinic, which is located in St. Louis.The state had asked to interview all seven of the clinic’s physicians, Planned Parenthood said Tuesday, but the state would not provide any guidance on what the doctors would be asked during the interviews. Those interviews could lead to the doctors losing their medical licenses or possible criminal prosecution, Planned Parenthood said.Missouri is one of several states that have passed abortion bans in recent months. Last week, Gov. Parsons signed an abortion ban after 8-weeks of pregnancy, though it has not yet taken effect, and was met with immediate legal challenges.Less than 24 hours ago, lawmakers in Louisiana passed new abortion restrictions that outlaw the procedure as early as 6 weeks into a pregnancy. On Thursday, the state’s governor — a Democrat — signed the bill into law. It has not yet gone into effect, and will be challenged in court. Copyright © 2019, ABC Radio. All rights reserved.