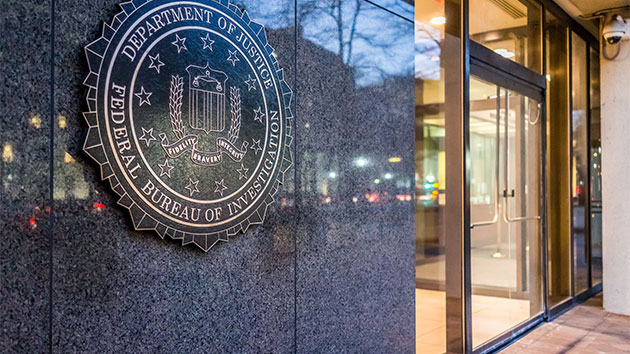 (QUANTICO, Va.) —  Sixteen women this week filed a lawsuit against the FBI with detailed allegations of gender discrimination while they were trainees at the FBI Academy in Quantico, Virginia.

The civil suit, filed Wednesday, alleges that what it calls a so-called ‘Good Old Boy Network’ at the academy resulted in female trainees being written up and dismissed at higher rates than male trainees.

“Through passive tolerance, the FBI has intentionally allowed the Good Old Boy Network to flourish unrestrained at the FBI Academy,” the lawsuit alleged.

David Shaffer, a lawyer representing the women, told ABC News he hopes the lawsuit inspires a culture change within the department.

One of the women named in the suit, Lauren Rose, was a staffer who joined the FBI in 2009 and attended the academy, according to the lawsuit.

Rose claims that she passed all of her tests, but received three notation failures for the tactical training portion, and because of this she claims she was dismissed from the academy, despite her male colleagues failing the same tests and not getting dismissed, according to the lawsuit.

Rose then took matters to top leadership of the FBI, even writing an e-mail to then-Director James Comey “informing him of the prejudicial and discriminatory practices running rampant at the FBI Academy.”

“In his response, Director Comey denied such discrimination was occurring and instead suggested she use her ‘pain’ to reflect on her strengths and weaknesses,” the lawsuit said.

“That response is insulting to the woman who wrote it,” Shaffer told ABC News.

A representative for Comey didn’t immediately return an ABC News request for comment.

According to the FBI, 36% of applicants to the FBI are female and 20% of agents brought on board are female.

The lawsuit also alleges that the male instructors defined the women trainees by “subjective citations,” such as “candor,” “insubordination,” and “lack of emotional maturity,”

“For example, any effort to seek clarification, or better understanding of course curriculum or training scenarios by female trainees consistently resulted in female trainees being labeled as “argumentative” and written up for ‘lack of candor,"” the lawsuit says.

Shaffer said that if women are treated like “objects” at the training academy by their male counterparts, then it could happen to other women when they get out in the field.

Shaffer added that since the group came forward, he’s been hearing similar stories alleging discrimination many years prior to those cited in their civil suit.

“This has been going on for 20 years,” Shaffer said in a phone interview.

“While we are unable to comment on litigation, the FBI is committed to fostering a work environment where all of our employees are valued and respected,” the FBI said in a statement. “Diversity is one of our core values, and to effectively accomplish our mission of protecting the American people we need people of different genders, backgrounds, experiences, and perspectives,” the statement said.