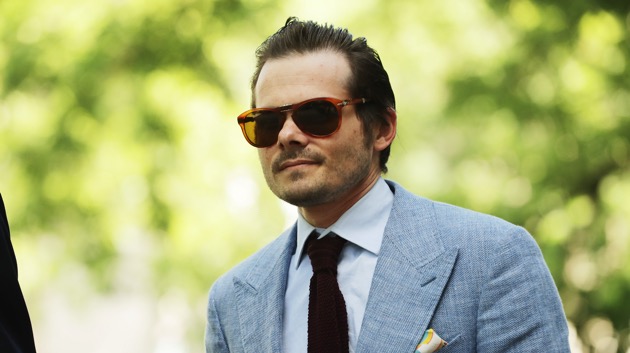 Chip Somodevilla/Getty Images
Posted on May 31, 2019 by ABC News

(WASHINGTON) — Ex-Roger Stone aide Andrew Miller arrived at U.S. District Court in Washington D.C. Friday morning after a nearly year-long battle against a subpoena to testify before a federal grand jury convened to hear special counsel Robert Mueller’s investigation into Russian interference in the 2016 U.S. presidential election.Arriving at the courthouse with his lawyer Paul Kamenar it tow, Miller donned aviator sunglasses, khakis and a chambray blazer with a vintage pocket square with a world fair theme.When asked by ABC News on the courthouse steps how Miller felt to finally be facing the grand jury, Miller told ABC News, “I’m feeling great,” and gave cameras a thumbs up.It is unclear how long Miller will be meeting with the grand jury.Miller, who has been described by Stone once as his “wingman” has helped manage Stone’s schedule, travel and media appearances. He also started and runs Stone’s website “StoneZone.Com.” Miller identifies himself as a libertarian and has said he did not support Trump’s candidacy, but he did accompany Stone to the 2016 Republican National Convention.Mueller’s prosecutors initially sought Miller’s testimony while investigating Stone, who was indicted in January as part of the special counsel’s probe. Stone was charged with seven counts which include obstruction, witness tampering and making a false statement. He’s scheduled to stand trial in Washington, D.C., in November.Miller has previously turned over requested documents to prosecutors and been offered limited immunity for his testimony but jumped into a year-long legal battle when the special counsel’s team issued a subpoena compelling him to appear before Mueller’s federal grand jury and related attempts to make him testify.After a series of court appeals, ABC News learned on Wednesday that Miller was directed by a judge in D.C. to appear before the grand jury on Friday.On Thursday Stone himself appeared at the same Washington D.C. court to argue in favor of dismissing the case brought against him by Mueller’s team and to get a less redacted version of the Mueller report. U.S. District Court Judge Amy Berman Jackson opted not to make any decisions on the matter yet.Copyright © 2019, ABC Radio. All rights reserved.

DC police officers speak out after US Capitol siege: ‘I thought … I might die’
NY passenger bus hangs off overpass in the Bronx after crash, at least 8 left injured
Joe Biden to shore up Affordable Care Act after Trump assault on health law
Democrats demand probe into nature of Capitol tours on day before assault
Authorities tracking multiple threats for a ‘week of siege’ after Capitol breach
McConnell says best for country to hold Senate trial after Trump leaves office