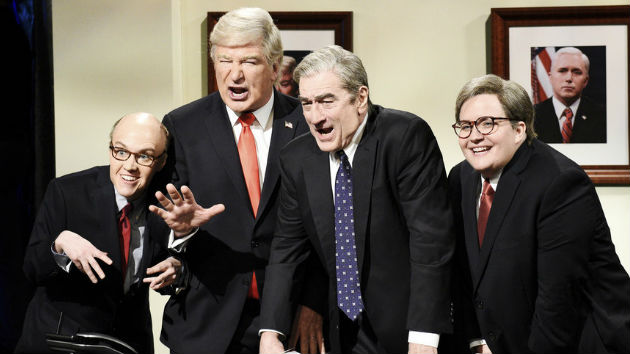 Mueller made a rare public appearance Wednesday, stating in part in a brief address that if his eponymous report of the investigation into Russian interference into the 2016 election, and what part  President Trump’s campaign may have played in it, had cleared the president of possible obstruction of justice, the report would have said so. It did not.

Mueller also declared he was finished with his work and returning to private life, and that his report spoke for itself, meaning he didn’t intend to testify before Congress.

De Niro clearly doesn’t agree.  In his editorial, titled “Robert Mueller, We Need to Hear More,” the actor writes that Mueller’s report “may speak for itself to lawyers and lawmakers who have the patience and obligation to read through the more than 400 pages of carefully chosen words and nuanced conclusions (with all due respect, as good a read as it is, you’re no Stephen King),” but the public needs to hear more.

“I know you will, however reluctantly, testify before Congress if called, because you respect the system and follow the rules,” De Niro declares, adding, “the country needs to hear your voice. Your actual voice. And not just because you don’t want them to think that your actual voice sounds like Robert De Niro reading from cue cards, but because this is the report your country asked you to do, and now you must give it authority and clarity without, if I may use the term, obstruction.” De Niro also implores, “Your life has been a shining example of bravely and selflessly doing things for the good of our country. I urge you to leave your comfort zone and do that again. You are the voice of the Mueller report. Let the country hear that voice.”

For its part, the Trump administration and its supporters have echoed Mueller’s words, with President Trump stating, “The case is closed.”  His spokesperson, Sarah Huckabee Sanders, noted, “After two years, the special counsel is moving on with his life, and everyone else should do the same.”