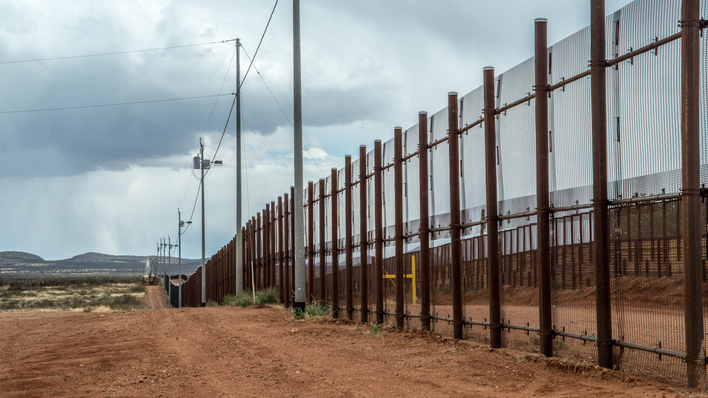 (WASHINGTON) — President Donald Trump on Thursday vowed “very dramatic” action to address the refugee crisis at the U.S.-Mexico border, saying he would make a “big league statement” later in the day or Friday, but otherwise providing few details on how he planned to up the pressure on his signature and divisive issue.”It will be a statement having to do with the border and having to do with people illegally coming over the border,” Trump said.” And it will be my biggest statement, so far, on the border. We have brought something to the light of the people. They see now it’s a national emergency, and most people agree. The Democrats agree, too, but they won’t give us the legislation you need to fix it.”The president teased the announcement as he left the White House on a trip to Colorado but revealed little when reporters pressed him for more.”Right now, when you catch somebody, you have to release them,” Trump answered, blaming Democrats. “They won’t give us the legislation. Whether it’s chain migration or whether it’s a lottery, they won’t give us any. And the asylum procedures are ridiculous. No place in the world has what we have in terms of ridiculous immigration laws.”Trump’s latest political move on illegal immigration comes as administration officials told ABC News in Guatemala that they are now targeting transportation networks for migrants with the same focus and effort as drug smugglers.It’s the latest push by the administration to try to contain the crisis at the border that’s overwhelmed border communities and tested Trump’s “America First” policy.Migrants families are arriving in record numbers this year, with officials expecting to handle some 1 million people at the southern border this year — double the number of last year. The reasons are complex, ranging from poverty to threats from gangs to weather-related disasters that have wiped out farmland.The Trump administration also blames court-ordered limits on the ability to detain children past 20 days, insisting that has only encouraged travelers to bring children with the promise of a quick release where they will able to live and work waiting for an overwhelmed immigration court system to take up their case.Critics counter that the president has done little to address the humanitarian crisis in Central America and say his threats to close the border and build a wall may have even encouraged the latest rush of asylum seekers.Acting Homeland Security Secretary Kevin McAleenan tells ABC’s Matt Gutman in an interview in Guatemala this week that he was visiting the country to forge a new relationship with the country’s security forces. The goal is to break up human smuggling networks that are charging people some $6,000 to $7,000 to reach the U.S.McAleenan called Guatemala the “epicenter” of the migration issue with 40 percent of the migrants arriving at the border coming from there.”We’ve got to work with them here to address these smugglers at the front end of the process,” McAleenan said in the interview.That view – addressing the root cause of the migration and going after transportation networks — has long been pushed by the Homeland Security Department, including under McAleenan’s predecessor Kirstjen Nielsen. But with the president’s repeated promise of “America First,” Trump has shown little appetite – at least publicly – to address the crisis through diplomatic channels and foreign aid.This spring, the State Department announced Trump wanted to cut all direct assistance to Guatemala, as well as El Salvador and Honduras — the three countries that represent the vast majority of asylum seekers arriving at the U.S. border.