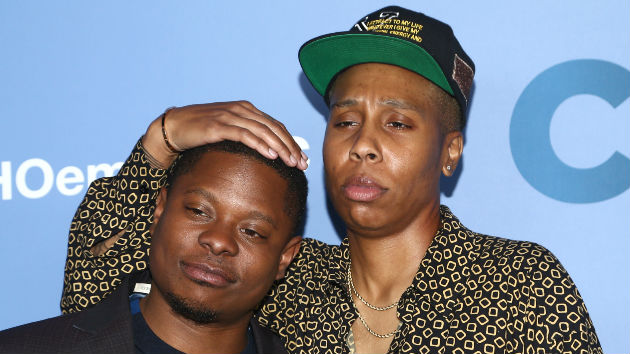 “When I took the helm in season two, it was Lena who informed me of the issues between Jason Mitchell and Tiffany Boone from season one, and that Tiffany was thinking of leaving the show because of it,” Floyd said in a statement to The Hollywood Reporter. “As a result of this information, I discussed Tiffany’s claims with the studio’s HR department and set up HR presentations for the writers, cast and crew.”

Floyd continued, “Ultimately, everyone was well aware of Jason’s behavior and his multiple HR cases, including Lena, the creator and an executive producer of the show, who is very involved at the studio and network level.”

Floyd also explained that after she leaned on HR to deal with Mitchell, she eventually “became a target of his rage and inappropriateness, and had to report him to HR, as well.”

However, in her statement to THR, Waithe didn’t address the allegations surrounding Mitchell, opting to only praise former The Chi star, Tiffany Boone.

“I think Tiffany is a wonderful actress and an extremely brave woman. I wish her nothing but success in the future. I look forward to getting back to work on season three,” Waithe said.

However, Waithe told THR a year ago that she wanted to make “sure that women feel safe.  …[I]f you want to play that game and be disrespectful or misbehave on set with an actress or anyone, I’ll happily call Showtime and say, ‘This person has to go,’ and you will get shot up and it’ll be a wonderful finale.”

As previously reported, Mitchell has been accused of harassing multiple co-stars on The Chi, including Boone. The actor was subsequently terminated from the show as well as two upcoming projects he was set to star in. He was also dropped from his agency, UTA, and his management company, Authentic Talent & Literary Management.

Mitchell hasn’t yet publicly responded to the allegations.