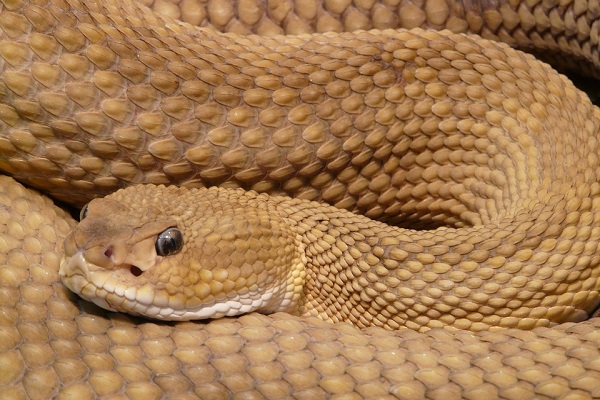 Williamsport, PA (AP Newswire) – A Pennsylvania man charged with illegally catching and trying to sell venomous eastern timber rattlesnakes has been hospitalized after being bitten by snakes.

Cody Short was bitten by eastern timber rattlesnakes Friday night, said Mike Parker, a state Fish and Boat Commission spokesman. The bites happened hours after the delay of his scheduled guilty plea to charges related to the illegal capture and sale of rattlesnakes and the killing of 12 prized deer in another case, according to Pennlive.com.

He was in critical condition Wednesday at Geisinger Medical Center in Danville, according to hospital spokesman Joseph Stender.

Short was arrested last summer after he agreed to sell 11 snakes to an undercover agent for $900. He had 22 rattlesnakes at his property near Williamsport.

In February, Short told Pennlive he was sorry.

“I’m very ashamed for all that I did. Everything about this was wrong. I’m guilty of what I did,” he said.

He told the news site he caught the snakes to eat them at his 40th birthday party last June.

Hunters can get a permit to take one eastern timber rattlesnake a year, but aren’t permitted to sell them.

Due to the charges against Short, he wouldn’t have been issued a permit, Parker said.

Short also is accused of killing 12 deer worth $138,000 at Whitetail Mountain Lodge, an enclosed preserve where deer are bred, raised and released for hunting.

Prosecutors allege that Short shot the bucks in the fall and winter of 2017, cut off their heads for the antlers and left the carcasses.