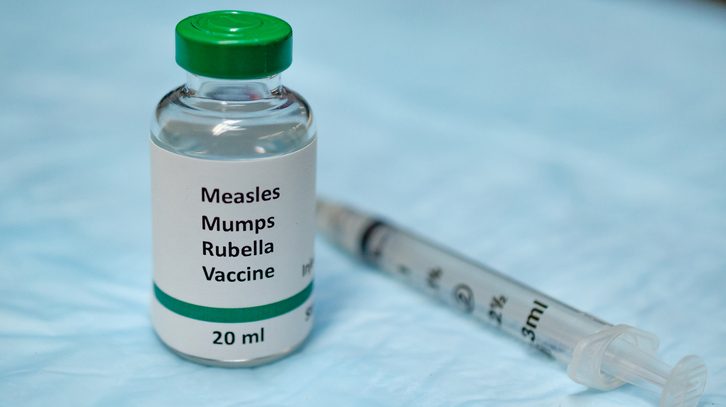 (WASHINGTON) — The number of measles cases reported in the first five months of 2019 has now surpassed every year since 1994, the Centers for Disease Control and Prevention announced Thursday.A whopping number of 971 cases have been reported in 26 states so far, according to the CDC. In 1994, 963 cases were reported for the entire year.The disease was eliminated in 2000, according to the CDC. Since then, the highest number of cases reported in an entire year was 667 in 2014.CDC Director Robert Redfield emphasized in a statement that the way to end the massive outbreak is to ensure that all adults and children get vaccinated.”I want to reassure parents that vaccines are safe, they do not cause autism,” Redfield said. “The greater danger is the disease that vaccination prevents.”Outbreaks in New York City and Rockland County, New York, have persisted for nearly seven months, according to the CDC. If the outbreaks continue through the summer and fall, the U.S. could lose its measles elimination status.”That loss would be a huge blow for the nation and erase the hard work done by all levels of public health,” the CDC statement stated.The measles elimination goal was first announced in 1963 and was accomplished in 2000, according to the CDC, which described the feat as a “monumental task.” It was accomplished due to the availability and widespread use of the vaccine and a strong public health infrastructure to detect and contain measles.”CDC encourages parents with questions about measles vaccine to consult with their child’s pediatrician, who know the children and community, and want to help parents better understand how vaccines can protect their children,” the statement said. “Concerns based on misinformation about the vaccine safety and effectiveness, as well as disease severity, may lead parents to delay or refuse vaccines.”In addition, everyone 6 months and older should be protected against measles before traveling internationally, the CDC recommended.