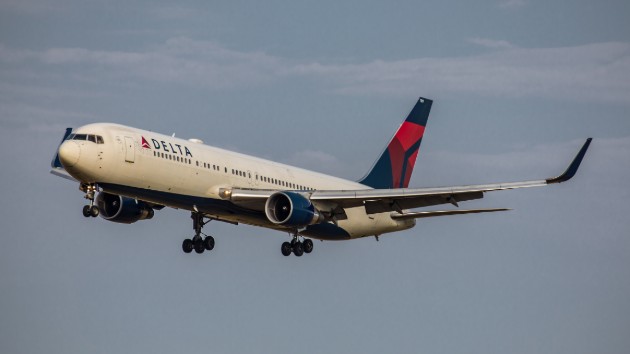 (NEW YORK) — An Alabama man has filed a lawsuit against Delta, accusing the airline of negligence after a passenger’s emotional support dog allegedly attacked him on a 2017 flight.Marlin Jackson was in a window seat on a flight from Atlanta to San Diego when a fellow passenger’s “large dog” suddenly mauled him, biting his face and pinning him against the window of the aircraft, according to the suit.Jackson said the dog bit him several times, causing him to bleed “so profusely that the entire row of seats had to be removed from the airplane,” the suit, filed Friday in Fulton County state court, said.”While Mr. Jackson was securing his seatbelt, the animal began to growl,” the lawsuit said. “The attack was briefly interrupted when the animal was pulled away from Mr. Jackson. However, the animal broke free and again mauled Mr. Jackson’s face.”Jackson said he suffered injuries to his face and upper body that required 28 stitches and left him with permanent scars. He said he suffered loss of sensation to areas of his face, “severe physical pain and suffering,” emotional distress and mental anguish following the attack, according to the lawsuit.”His entire lifestyle has been severely impaired by this attack,” the suit said. “Mr. Jackson sustained lost life enjoyment and his entire lifestyle has been severely impaired by this attack.”He’s suing the airline for an unspecified amount, claiming it failed to ensure his safety and allowed the dog to board without proper restraints. The dog’s owner is also named as a plaintiff in the suit.Delta told ABC News that it could not comment on the accusations because the litigation is still pending, but shared it did offer details on its policy regarding animals on board.”In 2018, Delta tightened its policies on emotional support animals by requiring a ‘confirmation of animal training’ form as well as other official documentation,” the company said in a statement. “The airline also banned pit bulls and animals under four months of age as service or support animals. These policy updates reinforce Delta’s core value of putting safety first, always.””Delta continuously reviews and enhances its policies and procedures for animals on board as part of its commitment to health, safety and protecting the rights of customers with disabilities,” it added. Copyright © 2019, ABC Radio. All rights reserved.