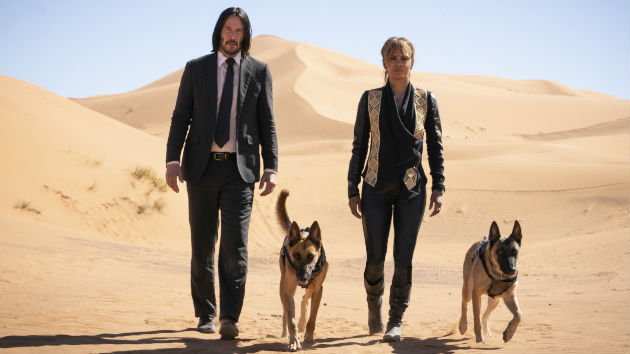 (LOS ANGELES) — Keanu Reeves’ third go ’round as unstoppable hitman John Wick has broken its own record. John Wick: Chapter 3 — Parabellum has become the highest-grossing entry in the series, after just 10 days in theaters.

Significantly, the movie, which also stars Oscar-winner Halle Berry, also achieved the super-heroic feat of knocking Avengers: Endgame from the #1 slot at the U.S. box office when Parabellum opened the weekend of May 17.

Made for a relatively modest budget of around $55 million, the movie has already earned nearly $186 million worldwide. The franchise’s previous high-water mark was the $171.5 million earned by 2017’s John Wick: Chapter 2.

Considering the popularity of the character — and the obvious return on investment for studio Lionsgate — it’s no surprise that stuntman-turned series director Chad Stahelski has already noted John Wick will return for a fourth installment on May 21st, 2021.