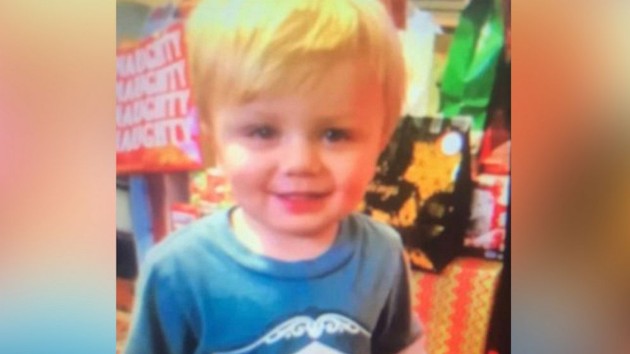 Magoffin County Sheriff Department
Posted on May 30, 2019 by ABC News

(NEW YORK) — There was a case of a toddler surviving in the woods on his own for several nights.And a case of a little girl who kept her younger brother alive and safe after her parents died in an apparent murder-suicide.And, most recently, a case where a 6-month-old girl was found alive in a hotel room where she’s believed to have survived for at least three days on her own after both her parents died. Michigan State Police confirmed that both parents were found dead in that same room.These cases, which all occurred within the past month, highlight the ability of young children to survive some of the most unfathomable circumstances in spite of their young age.Experts believe that the resiliency of children is a mix of nature and nurture.Colette Poole-Boykin, a child psychiatrist at Yale University’s Child Study Center, said that while young children are inherently less independent than adults, they aren’t entirely without self-sustaining abilities.”There’s a cognitive dissonance with this because we think that babies are helpless and totally dependent on their surroundings for survival,” Poole-Boykin said. “In all actuality, babies are built for survival, [they] have this built-in survival kit.”Poole-Boykin said that while a young baby will not understand complex emotions like fear, it does pick up on other warning signs or indicators of what does and doesn’t help in a situation. She said that when an infant is trapped in the rubble of a fallen building or in a room with their deceased parents, the child may not fully understand what is happening around it — but there are other ways for them to perceive what can and can’t help them.She said that while “the baby doesn’t have that same response” to a situation as an older child, a baby “understands behavior response.” She cited crying as an example, saying that a baby might cry for a period of time in a similar situation because it has been trained to know that when it cries, someone responds. However if no one responds in this kind of traumatic situation, Poole-Boykin says that the baby would likely stop.”There was some point where the baby understood, ‘I’m not being positively reinforced with this,"” she said of a hypothetical situation where a baby in trauma tried to cry for attention, then “switched off and conserved a lot of energy.””We think that they’re absolutely helpless, but they’re not,” Poole-Boykin said. “They traversed the birth canal, which is a huge change of environment, and they were able to not only make it through the situation, but survive.””If babies are able to survive and thrive in that environment, it’s no surprise that when they’re in extreme stress their bodies have mechanisms to help them survive,” she said.Dr. Rahil Briggs, the national director of Healthy Steps, a pediatric primary care program focused on healthy parenting and child development, said that the resilience of a child depends on a combination of factors that are both inherent and leaned.”It may be that some children are born more resilient than others. It may be that, at birth, there are a combination of factors that exist in a child that say this child may be more resilient,” Briggs said, adding that there are environmental factors as well.The sense that part of resiliency is a natural response was echoed by Dr. Arthur Lavin, chair of the American Academy of Pediatrics Committee on Psychosocial Aspects of Child and Family Health.”As soon as you’re born there are mechanisms of the mind that are protective,” Lavin said. “And so when something bad happens, even at a very young age … the protective or resilient factors are there.””They’re not something learned, although the alarm system and the resilience system can be augmented by the world,” Lavin said of the internal warning and protective systems that people have within themselves.Both Lavin and Briggs stressed the importance of stable adult caregivers in a child’s early development, saying that by having a supportive baseline, infants are more willing to be adventurous and thrive.”When an infant or a toddler feels that there is an adult out there, they develop a secure sense within themselves,” Briggs said. “They reach out to that caregiver to fill up their gas tank, and when that gas tank is full, they’re good to go.””We often say if a baby feels safe, a baby will explore, and if a baby explores, a baby will learn,” Briggs said. “Safety is at the base of that. Safety is provided by your primary caregivers.”The children in the aforementioned cases were all able to get through harrowing circumstances, but Briggs stressed that the children must be viewed as survivors and receive appropriate treatment.”Now the real work begins,” she said. Copyright © 2019, ABC Radio. All rights reserved.

Priyanka Chopra Jonas reveals how being bullied gave her thick skin
Fit Finance: How to create a one-year spending plan and rethink your budget
How to fix home appliances yourself before spending hundreds of dollars
How working from home due to COVID could be a double tax hit for some
Coronavirus live updates: Fauci on how Biden’s COVID plan will affect vaccine rollout
Licensed child-care workers in PA eligible for one-time $600 grant