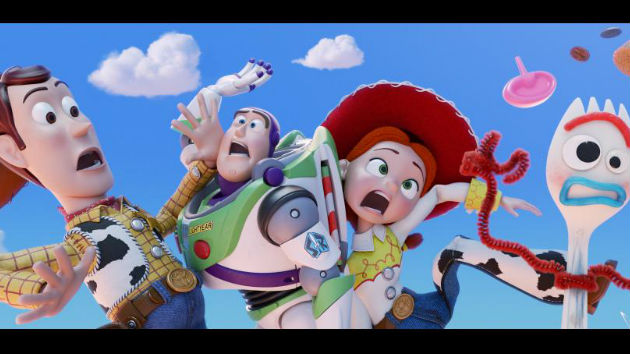 (LOS ANGELES) — While Avengers: Endgame currently has the honor of the highest number of tickets pre-sales ever logged on Fandango, the company says Toy Story 4 has a shiny new record of its own.

The movie, which opens June 21, is the new record holder for best first day pre-sales for an animated title, unseating the previous champ, 2018’s Incredibles 2, itself also a Disney/Pixar movie.

“Pixar’s Toy Story movies mean the world to so many fans, and that’s very much reflected in the record presales for Toy Story 4,” says Fandango Managing Editor Erik Davis in a statement. “It’s been nearly a decade since the adventures of Woody, Buzz and friends played out on the big screen, and so anticipation for this fourth installment is incredibly high.”  Tickets went on sale on Fandango on Tuesday at 3 p.m. Eastern Time, and within the first 24 hours, the movie was already out-pacing sales for the animated hits Incredibles 2 and Finding Dory, as well as the live-action versions of Beauty and the Beast, Guardians of the Galaxy Vol. 2.