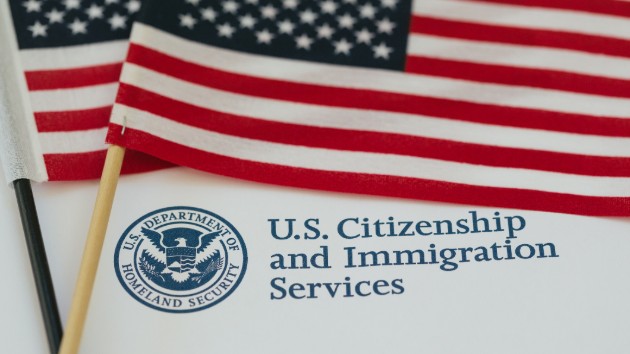 (WASHINGTON) — Former Texas Congressman Beto O’Rourke unveiled a sweeping immigration reform plan that seeks a pathway to citizenship for the roughly 11 million undocumented people living in the United States, a $5 billion investment in foreign aid to the “Northern Triangle” countries of Central America and a substantial deployment of immigration lawyers to the southern border to assist those caught in the complex legal web of seeking asylum.The Wednesday rollout came amid debate in the Democratic Party over how to not only counter-message President Donald Trump’s immigration issue, but offer a tangible plan to improve the nation’s beleaguered immigration system.O’Rourke’s plan, which also aims to create a community-based visa category that allows communities, or congregations to sponsor refugees, includes a wholesale rollback of nearly all of Trump’s immigration priorities and would “immediately halt work on” and budget “zero dollars for” a wall along the U.S.-Mexico Border.”The current administration has chosen to defy this American aspiration, drafted into our Declaration of Independence, welded into the welcome of our Statue of Liberty, and secured by the sacrifices of countless generation,” a memo released by O’Rourke’s campaign on Wednesday reads. “Instead, the current administration is pursuing cruel and cynical policies that aim to sow needless chaos and confusion at our borders.”But despite the fact that immigration has consistently taken center stage throughout Trump’s time in office, and the near-daily rebukes of his policies from the congested field of Democratic presidential contenders, O’Rourke is just the second candidate to roll out a formal, detailed policy prescription thus far in the 2020 race.Former Housing and Urban Development Secretary Julián Castro, coincidentally the only other Texan in the presidential race, released a comprehensive plan in April that also reverses most of Trump’s signature immigration policies, establishes a pathway to citizenship for undocumented individuals, and would make crossing the U.S.-Mexico border a civil, not criminal, offense.”The truth is, immigrants seeking refuge in our country aren’t a threat to national security. Migration shouldn’t be a criminal justice issue,” Castro wrote in a Medium post announcing his plan. “It’s time to end this draconian policy and return to treating immigration as a civil  —  not a criminal  — issue.”In his newly released plan, O’Rourke pledged to “restore orderly and prompt processing of people seeking refuge under our nation’s asylum laws” and to “issue an executive order to require detention only for those with criminal backgrounds representing a danger to our communities and eliminate all funding for private, for-profit prison operators whose incentive is profit, not security.”While O’Rourke and Castro are the only two Democrats to roll out detailed proposals, the 2020 field remains mostly unified on the core tenants of immigration reform including protections and a pathway to citizenship for immigrants brought to the country as children by their parents, often referred to as Dreamers, and immigrants living in the United States under Temporary Protected Status and Deferred Enforced Departure programs.The increased focus on immigration also comes the same week that immigrant-rights groups will convene in Pasadena, California, for a forum to engage candidates on “about their plans for bold immigration reform,” according to a press release sent out by organizers of the event.Castro, California Sen. Kamala Harris, Vermont Sen. Bernie Sanders and Washington Gov. Jay Inslee are all slated to attend the event, scheduled for Friday.

Last attempt at immigration reform stalled in Congress even as Democrats find consensusSome in the race have already experienced the process of passing significant immigration reform.Five senators who are currently seeking the Democratic nomination, Colorado’s Michael Bennet, New York’s Kirsten Gillibrand, Minnesota’s Amy Klobuchar, Sanders and Massachusetts’ Elizabeth Warren all voted in favor of the 2013 bipartisan, “Gang of Eight” comprehensive immigration bill that offered a path to citizenship for undocumented immigrants and devoted roughly $40 billion over 10 years to border enforcement measures. Then-Vice President Joe Biden, another 2020 presidential candidate, presided over the successful Senate vote and earlier had called the legislation the “morally right thing to do.”The bill was never brought up for a vote in the then-Republican-controlled House of Representatives.Bennet, a member of the “Gang of Eight” that authored the bill, penned an op-ed in the Denver Post just prior to Trump’s inauguration in 2017 urging him to look to that process for a way forward on immigration reform.”To truly bring our nation together, our new president would do well to learn the details of the 2013 bill and use the Gang of Eight’s work as a blueprint for moving the country forward,” Bennet wrote.There also is a broad consensus among the Democratic field that aid to the Central American countries of El Salvador, Guatemala and Honduras should not be cut.In April, six U.S. senators — New Jersey’s Cory Booker, Harris, Bennet, Gillibrand, Klobuchar and Sanders — all signed on to a letter warning Trump against cutting national security funding to those countries.”By cutting national security funding for El Salvador, Guatemala and Honduras, you also appear to be overturning the consensus within your own cabinet about the need for a rational response to the growing number of migrants fleeing violent conditions in Central America,” the letter, authored by Sens. Bob Menendez, ranking member of the Senate Foreign Relations Committee, and Tom Carper of Delaware, read.In the same month Booker, along with Democratic Representatives Adam Smith and Pramila Jayapal of Washington, reintroduced the “Dignity for Detained Immigrants Act,” legislation that would require immigration authorities to provide evidence that migrants are dangerous, or a flight risk before putting them in a detention center.The move was billed by the lawmakers as a direct response to the Trump administration and Attorney General William Barr’s decision to withhold bail from asylum seekers.”The fact that Barr wants to strip asylum seekers of their right to due process violates our Constitution and our country’s values,” Booker said at the time.

Trump remains a unifying factor even as points of division remainBut despite consensus on the broad themes of immigration reform, points of division among the Democratic field remain.One such sticking point is exactly what the candidates would do with the controversial U.S. Immigration and Customs Enforcement, a target of progressive ire, especially leading up to the 2018 midterms.Castro’s plan would reconstitute the agency and split it in half while “re-assigning enforcement functions within the Enforcement and Removal Operations to other agencies, including the Department of Justice,” while O’Rourke’s would “create an independent Border Oversight Commission and a Border Community Liaison to promote ‘transparency and accountability in law enforcement for ICE and Customs and Border Protection agency."”Gillibrand has proposed giving ICE a “new name and a new directive,” while Harris, in a June 2018 interview with MSNBC, stopped short of abolishing the agency, but adding that government should “reexamine ICE and its role.”But if there’s one thing that unites Democrats on the issue of immigration, it’s their shared willingness to express their opposition to Trump’s policies, honing in on his administration’s enforcement of a “zero-tolerance” policy that led to the separation of some immigrant children from their families.”That was a human rights abuse being committed by the United States government and it is against the morals and values of who we are as a nation,” Harris said during a nationally-televised town hall on Tuesday.This president and this administration’s policies “here at home and abroad have been an absolute disaster. …You don’t get kids in cages at the border until you have dehumanized them in the eyes of your fellow Americans,” O’Rourke said at another nationally-televised town hall on CNN earlier this month.Copyright © 2019, ABC Radio. All rights reserved.