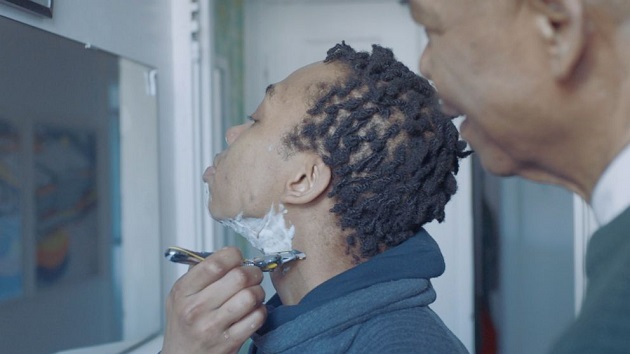 (NEW YORK) — A father teaching his son to shave is a big moment for everyone, but the rite of passage can take on a whole new meaning for members of the transgender community.Razor company Gillette is being lauded for the inclusiveness and representation featured in its new advertisement, which depicts a dad teaching his transgender son to shave for the first time.The video, dubbed “First Shave, the story of Samson,” has already garnered over a million views and more than 10,000 reactions since it was posted to Facebook late last week.The ad was created to demonstrate that Gilette supports “everyone in their journey to looking, feeling and acting their best every day — because whenever, wherever, however it happens, your first shave is special,” said a spokesperson for the company in a statement.The spokesperson added that the company believes brands play a role in influencing culture and that they have a responsibility to be inclusive when it comes to gender representation.”Gender conversations are happening all around us and we believe brands play a role in influencing culture, and have a responsibility to use their voice to champion issues of great relevance to both the brand and our customers,” the statement added. “As a company that holds respect and inclusivity as an important value, we have a responsibility to make sure we are embracing and promoting inclusive portrayals of gender.”Samson Brown, who is featured in the video, responded to it on Facebook with the comment, “Thank you so much Gillette for allowing me to share such an important moment in a man’s life with my father. I look forward to the great things you’re going to continue doing to encourage us all to be our best selves.”Twitter exploded with mostly positive reactions to the new ad, with one user writing, “Wow Gillette released an advert with a black trans man being taught how to shave by his father. This is so beautiful.””We’re not crying, you’re crying,” another user wrote, sharing the video.The LGBTQ parent and family advocacy group also shared it on Twitter, writing, “As the first and largest organization for parents of #LGBTQ people we thank you for seeing our #trans kids.”Copyright © 2019, ABC Radio. All rights reserved.