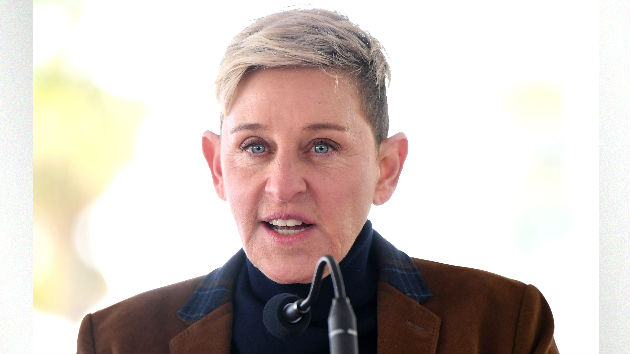 Photo by Steve Granitz/WireImage
Posted on May 29, 2019 by ABC News

(LOS ANGELES) — Ellen DeGeneres used an upcoming episode of season two of My Next Guest Needs No Introduction with David Letterman to discuss the abuse she suffered during her teenage years from her mother Betty’s then-husband.

The 61-year-old comedian, who has previously opened up about being molested by the man, said she’s discussing it again, “because there’s so many young girls and it doesn’t matter how old you are.”

DeGeneres shared that when she was a teen, Betty’s then-husband molested her under the guise of giving her breast examinations to check for lumps, after her mother was diagnosed with breast cancer.

Calling him a “very bad man,” DeGeneres explained, “He told me when she was out of town that he’d felt a lump in her breast and needed to feel my breasts because he didn’t want to upset her, but he needed to feel mine.”

She says he molested her in the same way on several other occasions.

DeGeneres claims she once fled her home by escaping out a window to protect herself from him, but didn’t want to tell her mother because she was “protecting her” and knew it “would ruin her happiness — and she was happy with him even though he was a horrible man.”

DeGeneres said she told her mother about the abuse a few years later, and her mother didn’t believe her. Betty stayed with the man for 18 more years before leaving him.

The comedian said she doesn’t want other women to be afraid to speak up.

DeGeneres previously spoke about the abuse she suffered to Allure magazine in 2005.

Her full interview with David Letterman hits Netflix on Friday.